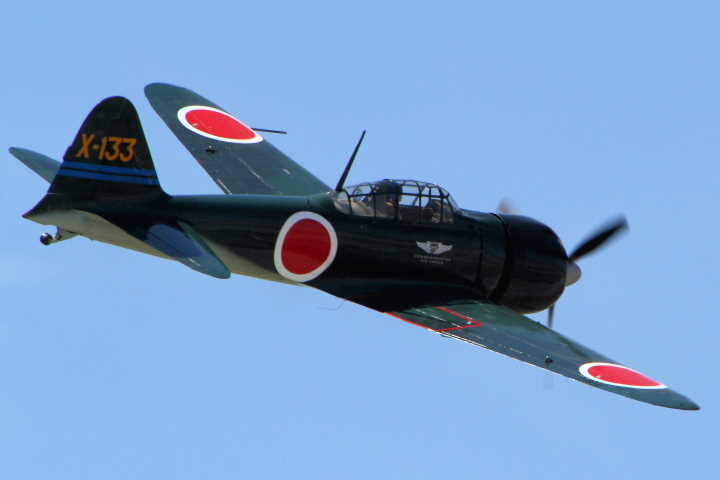 Zero in The Sky 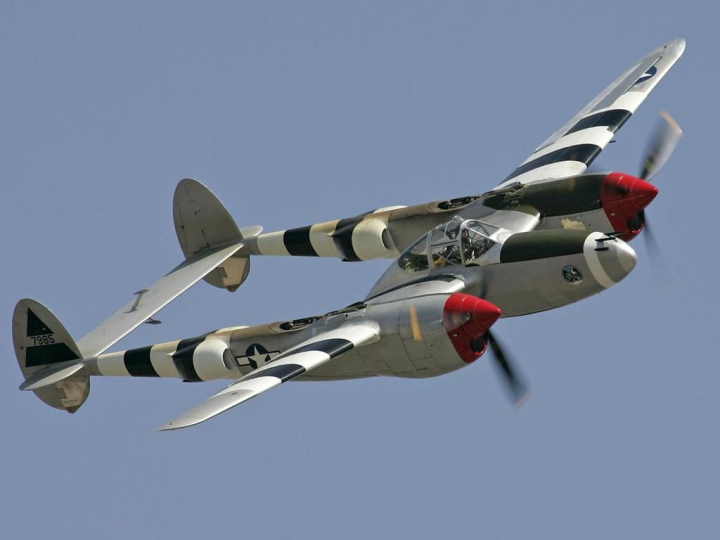 Lightning In The Sky 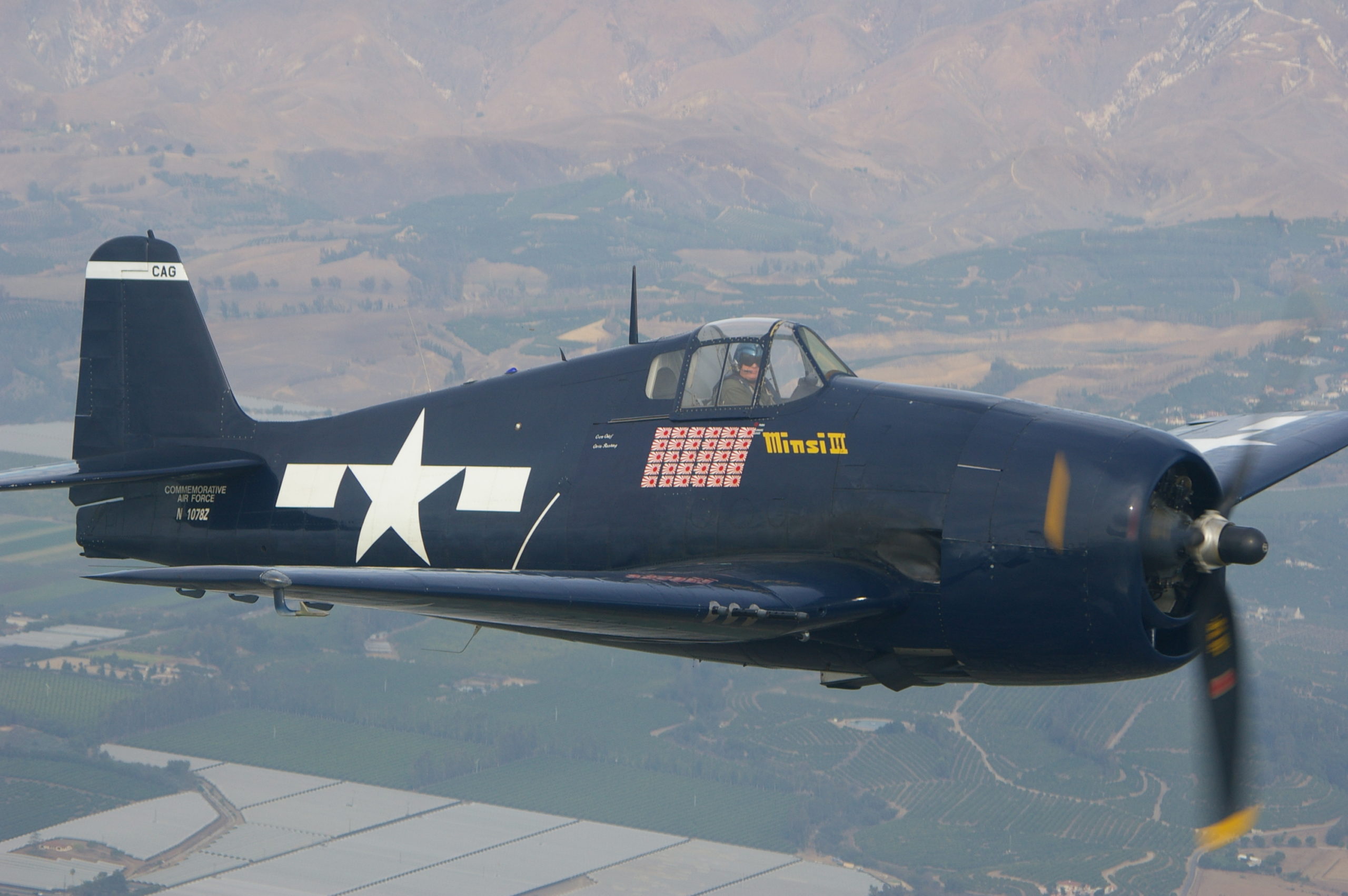 Cat In The Sky

In WW2F.org we examine the history of WW2F - World War 2 fighter aircraft from its origins to the ground breaking development of jet engine technology. In this analysis, we look at some of the most famous planes of WW1 & WW2. Inevitably, any comparison of great fighter aircraft will lead to a debate about which was the best fighter aircraft of two world wars.

Our search of the evolutionary facts will look back at some of the great aircraft designers, aircraft production companies, along with the men and women who came together to produce record numbers of aircraft. Finally, no examination of history would be complete without remembering the pilots who risked, and often lost their lives in aerial combat in Africa, Asia and Europe. 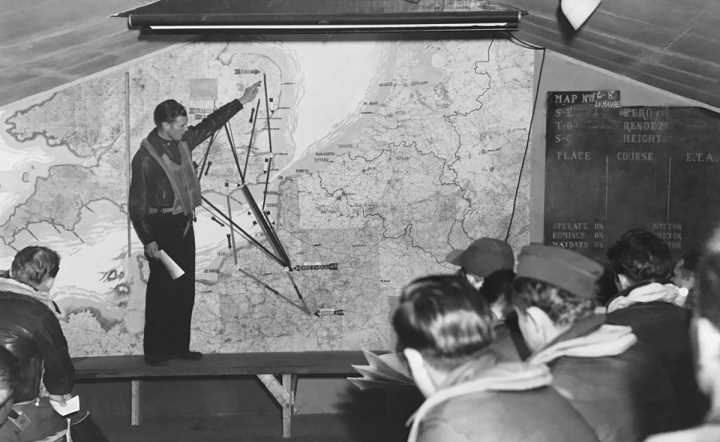 Today's Target: Berlin Today's planned raid deep in the heart of Nazi Germany would be a watershed moment. For more than a year the mighty 8th Air Force has attacked and attacked Germany from the air. The overall mission is to smash the German war industry. However, the 8th had suffered significant loses to it's B-17 and B-24 heavies in this desperate attempt. The main reason for the frightening loses was simple - no fighter protection all the way to the target. The allies possessed outstanding WW2Fs, the British Spitfire, U S P-47 Thunderbolts and P-38 Lightning. But they lacked the fuel capacity to escort the bombers past a certain point. The Luftwaffe pilots would wait for the allied pilots to turn back for home, then viciously attack the bombers all the way to the target. With the arrival of the sleek, fast and heavy hitting WW2F P-51 Mustang the 8th's fortunes were about to change for the better. Read more...

A graphic and hard-hitting account of a US fighter pilot's account about a raid deep into the heart of Germany: Now the U S had a fighter with the fuel capacity to accompany the bombers all the way to the heart of Germany. “The first warnings for an attack on Berlin came in the morning of March 4th, 1944, toward 4 o’clock, as we lay in the Nissan huts in our sleeping-bags, wakened by the far off roar of B-17 squadrons which had just started up. Time was always scarce and since it was far too cold for shaving, we hurriedly got dressed and stumbled out for breakfast. When we gathered for the usual briefing after this, we noticed the gigantic, illuminated map of Europe. A 2.5 m long red tape led from our base in Southern England, to the big B for Berlin.

According to the plan we would join up with the bombers deep inside hostile territory. The P-47’s would accompany them up to their last drop of fuel and then change course. A couple of minutes later, we would arrive and accompany the bombers during their attack on Berlin and on their way back, until further P-47 and P-38 groups arrived to replace us. We expected heavy resistance from the German interceptors and the anti-aircraft gun the entire way. The fight would start to the north of Amsterdam, once over the enemy coastline. As soon as we arrived over the Zuidersea, we would be in the hunting ground of the Luftwaffe. The bomber crews, however, probably wouldn’t escape unharmed despite our efforts. As a rule, the flight path passed over Brunswick and Magdeburg, Osnabrück and Hanover. The German fighter units stationed in Magdeburg were always on the watch and would be in the air fast. 130 km further south would be more Bf-110 squadrons climbing up from Kassel, Erfurt, hall, Leipzig and others bases. These were the most important points covered in the briefing, along with the weather forecast, the altitude, timing and the rest.

The aircraft always start out in pairs, a leader, and a wingman. Two of the three squadrons rolled onto the unused part of the runway up to the intersection point with the active runway close by. The third rolled up close to the takeoff point with the squadron leader and his wingman leading. The flights started right behind each other. The escort commander circled the base until the complete lead squadron was in the air and formed up. Three times around and all three squadrons were in formation: 16 aircraft per squadron and two as replacements. In this formation we got underway. 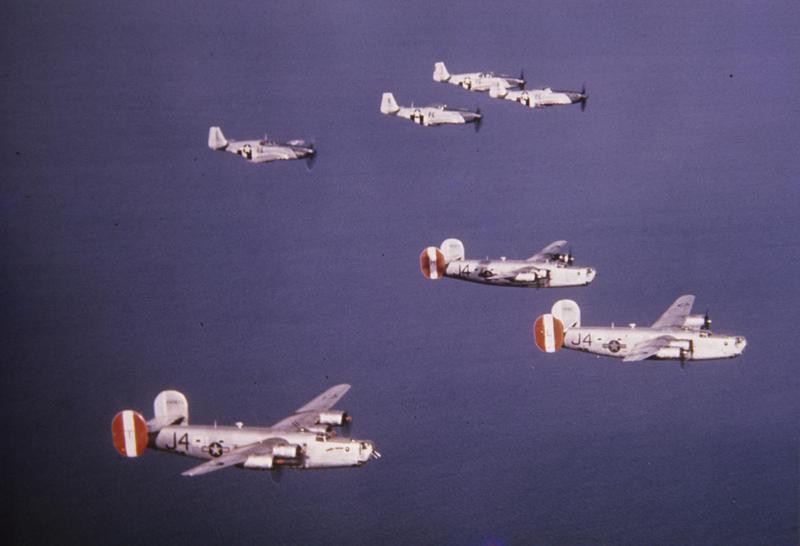 After 200 km we were at approximately 20,000 feet. We would only find our bombers over Hanover or Brunswick. When we crossed the Zuidersee, we could already see the first signs of the battle, with the ground below strewn with the wrecks of burning aircraft. Up till now everything had remained relatively quiet. The German air force didn’t attack Mustang groups generally. Something like that would have been very unwise. It was their task to attack our bomber squadrons; they were responsible for the damage. The P-51 was much more of a handful then a B-17, but if a P- 51 was in the way, they were attacked, nevertheless.

We arrived at the meeting place and met the ‘Jugs’ (P-47’s) leaving on their way back to England. Our group, the 354th from Colchester and the P-38’s took over the escort. Since the bombers were relatively much slower, we had to fly in weaving lines above them. The P-38’s flew high cover; we remained tight to the bombers with our three squadrons distributed so that the complete bomber group could be covered. Shortly before the first way point – a turn in the flight line – a heavy anti-aircraft gun focused on us. When the flak-shells exploded nearby; you could recognize the orange explosion in the midst of the black cloud of smoke.

The voices erupted on the radio. German fighters attacking from the front! All the pilots dropped their two additional wing tanks and pressed the handgun switch. The Germans had used everything which had two wings. There wasn’t any attack focused on me in my position. They just came from all directions in twos, threes or in fours. My squadron leader went after a twin-engine Me-110 which was going after a B-17. I covered him and looked after the rear. The 110 came in directly in the front quarter and we both opened fire on him, but without success, the speed, and angle were still too great. A tight turn brought us back behind the Me-110, which tried to escape in a steep nosedive. We could dive faster and fired salvo around salvo, but she was still too far away. We scored occasional hits and a little smoke streamed from her left engine. The bomber group was quite a few miles behind us now and my leader decided to break off the chase and return to the real battle again.

We reluctantly turned away from the 110 and joined the general mess. The entire escort had split up into groups, the smallest fighter unit consisting of a leader and a wingman. Marked squadrons couldn’t be recognized anymore. It was each against everybody but still with some purpose. We still stayed at least in a twosome if it at all possible when together.

The Evolutionary tree of WW2F Aircraft 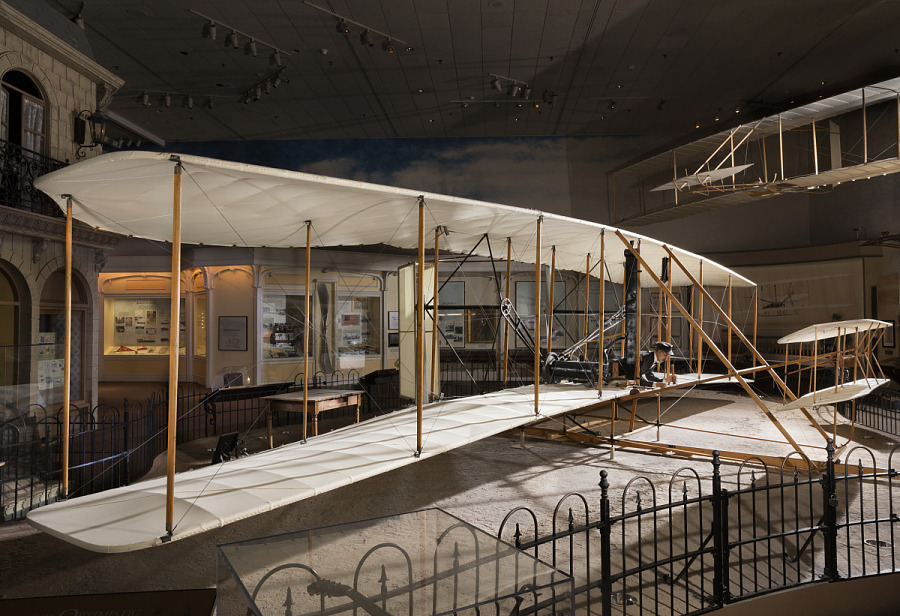 WW2F is about the evolution of World War II Fighter Aircraft. Starting with the invention of powered flight. A detailed journey from the Wright Brothers 1903 Flyer to the development of the Messerschmidt-262. We analyze the design, construction, and deployment of fighter aircraft during two world wars. In addition, we remember the men and women who piloted these incredible machines often at the risk of their own life in deadly aerial duels. We end with the historic remembrance of these machines of war in museums and aviation museums around the world. 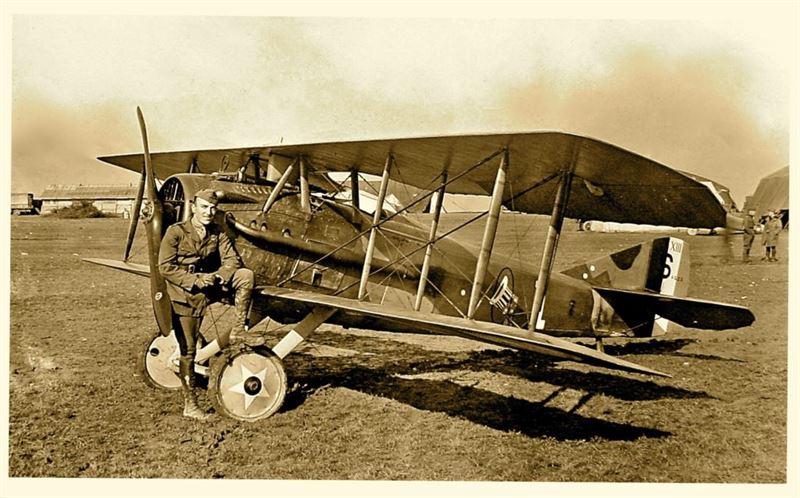 In this segment we follow the Fighter Aircraft evolutionary tree as the Wright 1903 Flyer first evolves into the first dedicated fighter aircraft. At a time when the world descends into World War I. We see wood and canvas structures powered by nominal engines break the 100-mph barrier. We see aircraft transition from a novelty and instruments to gather intelligence into to deadly instruments of war. Pilots soon become deadly participants in a life and death struggle in the sky. 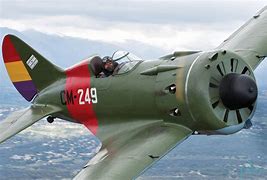 In this segment we see the evolution of Fighter Aircraft move to the next step in the evolutionary tree. Aircraft of the 1930’s begin the transition from wood and canvas biplanes to a metal structure. This era’s engine horsepower is now pushing aircraft past the 250-mph barrier. In addition, we see other important aircraft developments occur. The parachute, oxygen systems and radio communication begin to appear. By the early 1930’s we see the winds of war begin to stir as conflict begins in the Far East when Japan invades Manchuria and Spain falls into a deadly civil war.

As the evolutionary tree of Fighter Aircraft moves forward a second deadly world war erupts. We see aircraft transition to single wing, single seat and in many cases, single engine fighters. We see air warfare become the dominant force on the oceans, in particular, the Pacific Ocean. In the case of the Battle of Britain we see British fighter aircraft defeat the German attempt to invade the isles. 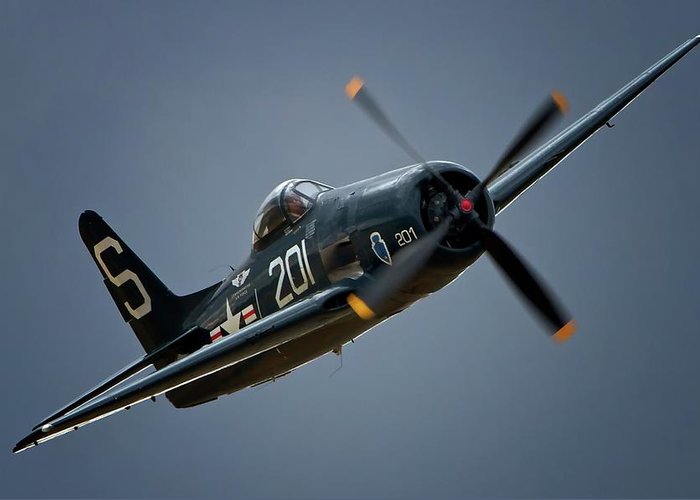 As the evolutionary tree reaches its apex during World War II the Allies out produce and outperform the Axis powers in the air. Some of the best Fighter Aircraft like the P-Mustang, P-38 Lightning and FW-190 now routinely push past the 400-mph barrier. The apex of the evolution is completed with the introduction of jet and rocket technology. 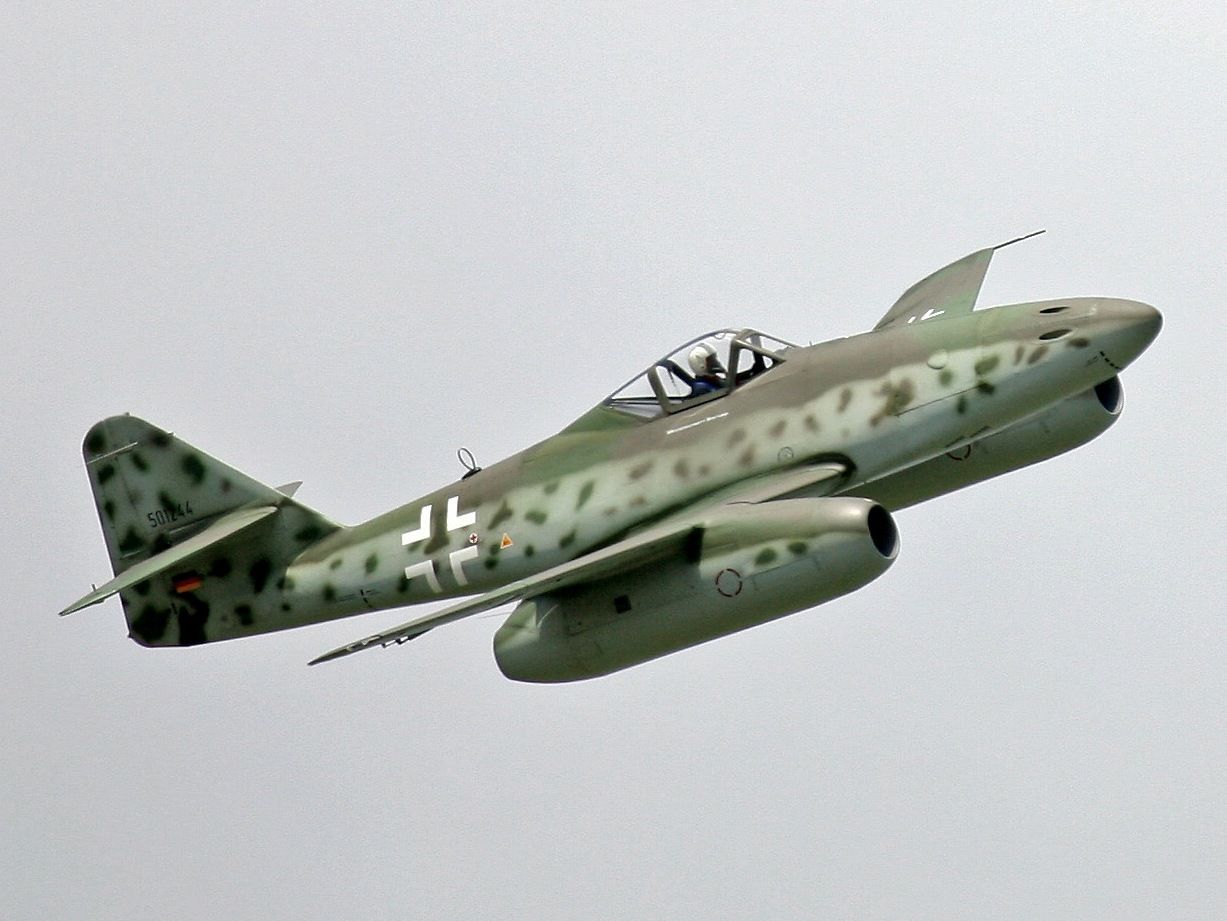 As we conclude the evolution of World War II Fighter Aircraft, we see a final transition of this era go from deadly tools of destructions to treasured tools of pleasure and remembrance. At the end of the evolutionary tree we come to the burning question of the war. Which fighter was the best? The consensus seems to be the P-51 Mustang. But you as the reader, have the chance to weigh-in for yourself. 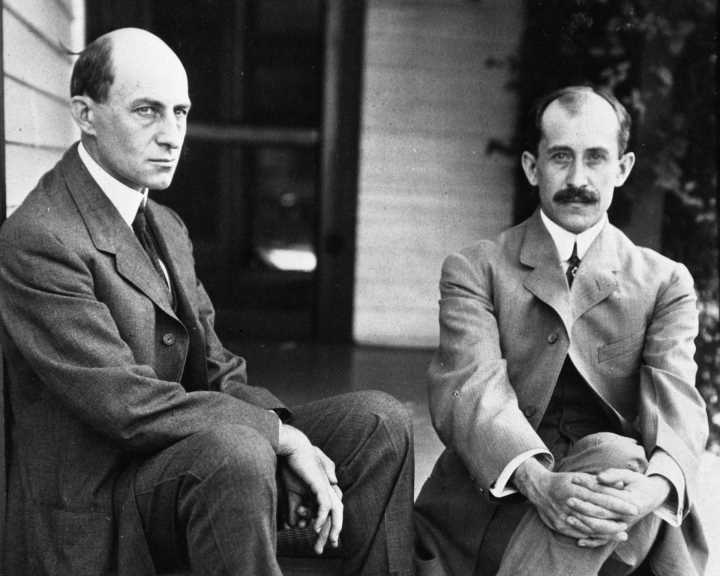 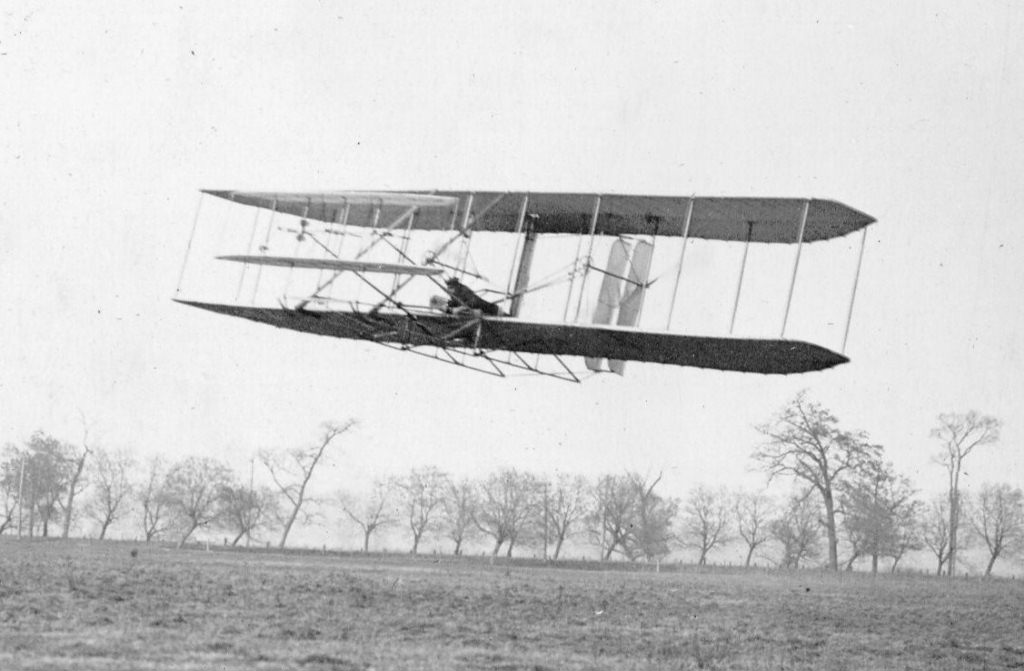