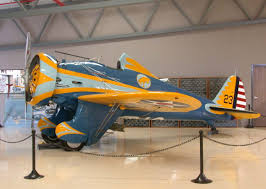 In the very early days of powered flight, wealthy Washington State lumber magnate, William (Bill) Boeing was one of many who were fascinated with flight. In 1910 Boeing purchased the Heath Shipyard Heath Shipyard, a manufacturer of wooden boats, located on the Duwamish River. In the future Heath Works would transition to aircraft manufacturing. In 1915 Boeing ventured to Los Angeles for flight training under the tutelage of legendary aircraft designer and manufacturer, Glenn Martin Glenn Martin. 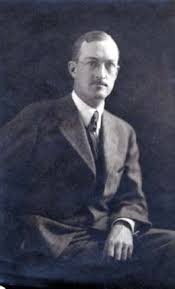 Upon completion of his training Boeing purchased a Martin seaplane and shipped it via rail to Washington. After assembly, Boeing’s seaplane crashed due to an accident. Boeing contacted Martin to request replacement parts for his damaged plane. To his amazement, Martin informed Boeing that it would be several months before parts would be available. Disappointed by the news, however, a manufacturer himself, Boeing saw an opportunity to begin manufacturing airplanes himself. With the assistance of close friend, Naval Engineer and Massachusetts Institute of Technology graduate, George Conrad Westervelt George Conrad Westervelt, collaborated on their first seaplane. Prior to completion, Westervelt was reassigned to East coast duty. It was here that Boeing made one of his most important decisions when he hired a promising young engineer and recent Massachusetts Institute of Technology graduate, Wong Tsu. A young man of many talents, Tsu excelled at wind tunnel testing. He would later be instrumental in the development of the Boeing Aerodynamical Chamber Boeing Aerodynamical Chamber at the University of Washington. The duo’s seaplane took flight on June 15, 1916. In 1917 Tsu returned to China to lead the China National Corporation, and later lead the Central Aircraft Manufacturing Company, a joint venture with Curtis-Wright Corporation. 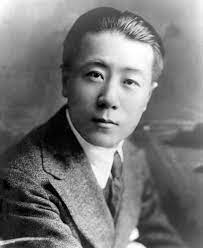 A month after the flight of their first seaplane Boeing founded his aircraft business naming it, Pacific Aero Company. In 1917, Boeing’s company would undergo another name change to Boeing Airplane Company and incorporation would follow sometime later. Success for the company would not be immediate, however their fortunes would change with America’s entry into World War I in 1917. The Wong Tsu designed Model C seaplane Model C seaplane was a success with the U.S. Navy. Boeing experienced a financial windfall when the Navy placed an order for 50 Model C’s, thus cementing the fledging company as a serious player in the new industry. At the conclusion of the war, the U.S. aircraft industry experience a serious downturn in business as government contract were cancelled and the market was flooded with surplus war airplanes. Some companies would not survive, and those that did were forced by economic circumstances to return to their roots to survive. Boeing did this by focusing on its lumber business manufacturing furniture.

When the roaring 20’s unfolded, Boeing continued to produce seaplane aircraft for the Navy. Then in 1923 Boeing set its sights on an Army Air Service contract when they faced off with Curtiss Aerorplane Company to develop a pursuit fighter aircraft. Boeing’s first foray was the PW-9PW-9, a biplane configuration that was the order of the day. The F2B, F3B and P12/F4B biplanes would later follow. In addition, Boeing was also entering the Air Transport business with design of carrying mail, cargo, and people. The real significance of this move would be felt sometime later when the iconic B-17 and B-29 heavy bombers would become war winners of the next war. 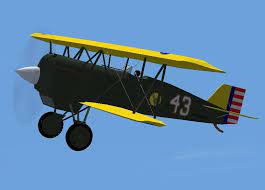 In the early 1930’s vast changes were occurring worldwide across the aircraft industry. In their attempt to fly higher and faster, companies began converting to all metal configurations. In addition, Air Forces around the world were focused on developing long range bombers that could carry heavy bomb loads, aircraft that could fly higher, and in some cases faster than current fighters of the day. This is clearly demonstrated when Boeing introduced several groundbreaking aircraft. The first was the all-metal Monmail, a sleek futuristic looking airplane, a single-wing configuration with retractable landing gear designed to carry a limited number of passengers and mail. The second was the B-9 B-9 twin engine heavy bomber whose top speed was 188 mph. The top fighters of the day were barely above that. 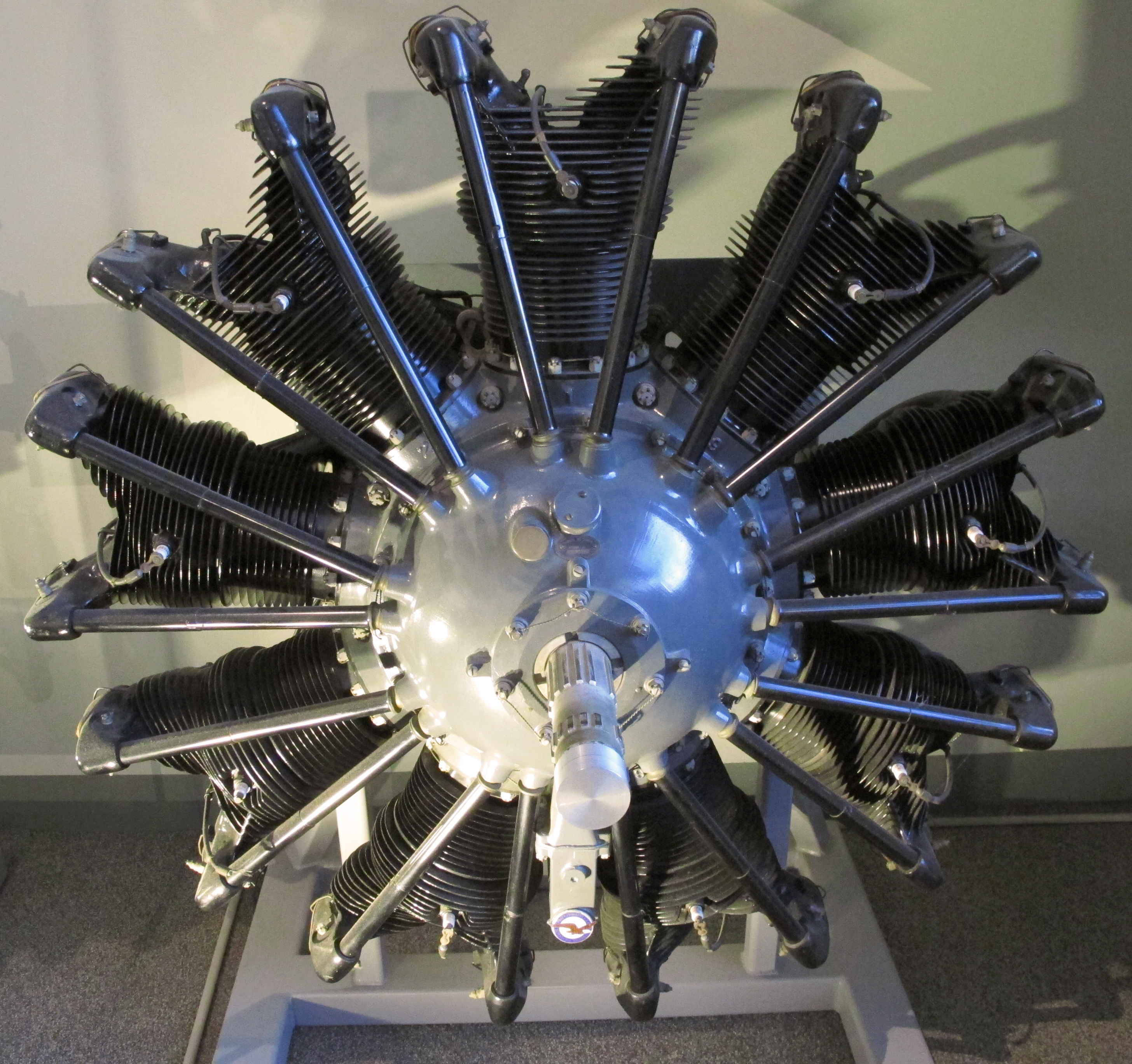 Boeing submitted a proposal to Army brass about a small powerful fighter they had on the drawing board to address the problem of bombers able to outrun fighters of the day. The model 266 (P-26A) had the distinction of becoming the first all-metal, low-wing configuration that signaled the end of bi-plane era. Making it the first to go into production in the U.S. While this would be a sizable leap in fighter technology, however, there were several vestiges of the past. Namely, enclosed canopies and retractable landing-gear. Recent National Aeronautics Advisory Committee National Aeronautics Advisory Committee (NACA) wind tunnel test at the Langley facility, the precursor to NASA, revealed the sizeable gains could be achieved in reducing drag by utilizing retractable landing gear and stream-lined engine cowlings. The P-26 design team incorporated the engine cowling design but did not consider the retractable landing gear viable at that time because of concerns about added weight and mechanical reliability. The landing gear dilemma was somewhat confusing since Boeing had other recent designs that had retractable landing gear and cantilever wings. Much of the P-26 technology was based off the design of its P-12 bi-plane design. 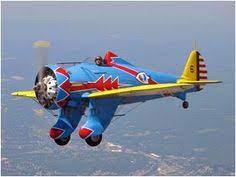 The USAAC had concerns about the reliability of the cantilever wings. How would they hold up under the tremendous stress of combat aerial maneuvers, so to alleviate their fears wire bracing was installed. The shorter wings produced higher speeds, but test pilots noticed a reduced handling from multiple wing biplanes.

The heart of the P-26 was the R-1340-27 Wasp engine that produced 500 hp with a range of a meager 375 miles. It’s rate of climb topped out at 476 feet per minute. After testing it was determined that flaps were needed to reduce the landing speed and the headrest was raised to protect the pilots in the event the planes rolled over during contentious landings. The model 266 was followed with the 266A (P-26B). The most notable change was the upgraded 600 hp Pratt & Whitney R-1340-33 fuel injected engine, however, there was a very limited amount of these engines available at this time. This dilemma resulted in the production of two prototypes. The next model, the P-26C was fitted with provisions for both fuel injected and carbureted engines.

The USAAC were under no illusion that better fighters would soon emerge worldwide. However, the reality was that the P-26 would essentially be a stop-gap measure. On January 11, 1933, the USAAC place an initial order of 111 P-26’s, later increasing it by an additional 25 bring the total to 136.

Making this the single largest Boeing purchase since 1921. Deliveries to Army Air Squadrons began in December 1933. The P-26 production run ended in 1936. In an attempt to dramatize and promote the new fighters, the Army painted them in an array of bright colors. The basic color configuration was Chrome-yellow wings and tail and blue fuselage.

The P-26’s rudder was painted with a blue vertical stripe on the leading edge and 13 horizontal alternating red and white stripes on the trailing edge. There were also colored stripes on the wings and fuselage, indicating the individual aircraft’s position in either its flight, squadron, or group. The P-26’s gained their name Peashooter because of the blast tube blast tube mounted on the plane. They were armed with either two synchronized 0.30 caliber, or one 0.30 caliber and one 0.50 caliber machine guns, and a modest 200 lbs. bomb load fixed between the fixed landing gear. History would show that the armament was totally inadequate for aerial combat. The top speed reached by the stubby little fighter was 224 mph. 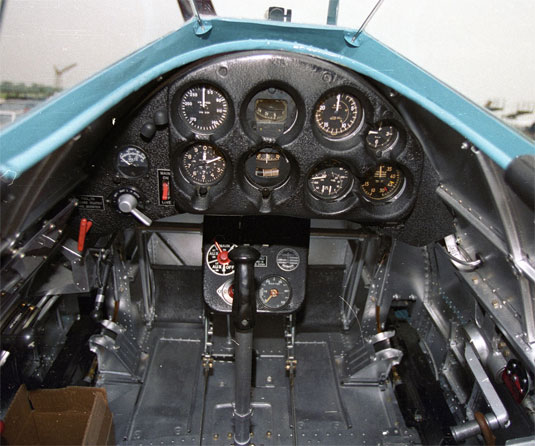 The emergence of the Martin B 10 Martin B 10 was a glimpse of the future of Military aircraft. Although it was a bomber it possessed a fully enclosed cockpit, an internal bomb bay and retractable landing gear with a top airspeed of 234 mph. In the relations to future fighter aircraft, the appearance of the Seversky P-35 and Curtiss P-36 the P-26 would have a limited future. The creation process of this period also produced the British Hawker Hurricane, German Messerschmitt Bf 109 and Japanese Mitsubishi Zero. To its credit the P-26 remained in service for quite a while, just prior the U.S. entry of World War II the P-26’s was stationed abroad in Panama, Hawaii and Philippines. Only 28 P-26’s were available at Clark Airfield on December 8, 1941. The Japanese attack nearly destroyed the entire inventory. Two P-26’s, flown by Filipino pilots managed to get in the air and engage the Japanese in battle. Capt. Jesus Villamor, 6th Pursuit squadron is the only pilot in WWII to shoot down 2 A6M Zeros in Dec 10, 1941[Dec 9 in the US]in Batangas Luzon Philippines against 54 Japanese aircraft. He also shot down a Mitsubishi "Nelly" bomber on the same battle in Dec 10. With defeat looming the last surviving Filipino P-26s were burned on Christmas Eve to prevent their falling into enemy hands. 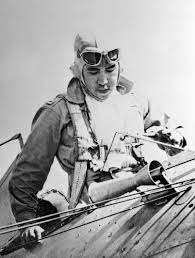 Another international opportunity that emerged for Boeing was the Nationalist Chinese market in the mid 1930’s. With conflict on the horizon with the Japanese, the Chinese government purchased 10 Peashooters, designated Model 281 by Boeing, and Model 248 by the Chinese. The company did not deliver the airplanes until 1936, however, due to issues with funding. The P-26’s were assigned to the Chinese 17th Squadron, commanded by Wong Pan-Yang, a Sino-American volunteer from Seattle. The P-26’s first participated in combat against Japanese aircraft over Nanking in 1937. In a decisive engagement on August 15, eight of P-26’s attacked a flight of six Mitsubishi G3M bombers and shot down all six without loss. Pilot Wong Pan-Yang downed one and shared in the destruction of a second, while his comrade, Los Angeles¬ born Wong Sun-Shui accounted for a third. Sadly, through attrition and the Japanese none of the P-26’s remained perational. The Boeing were replaced by British bi-plane fighters. Wong Sun-Shui was credited with 8.5 victories before being mortally wounded in action on March 14, 1941, just prior to America’s entry. 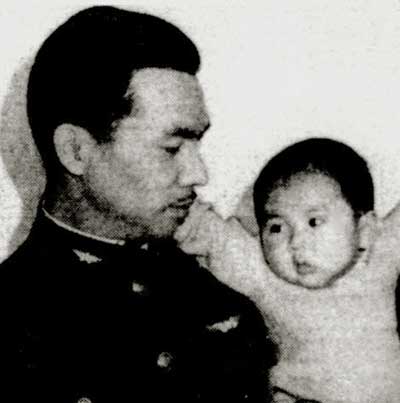 One model 281 was sold to Spain in 1935 and served with the Republican forces. During an engagement on October 21, 1936, the P-26 was shot down, luckily, the pilot bailed-out and survived. The P-26’s service in Panama was relegated to coastal service in the Panama Canal Zone for coastal patrol duty after Pearl Harbor, until better equipped aircraft could be spared from the European and Pacific theaters. The last 11 aircraft were transferred to the Panamanian government, which sold them to Guatemala in 1943. The Peashooters served in the Guatemalan air force until they were replaced by surplus North American P-51 Mustangs in 1950. 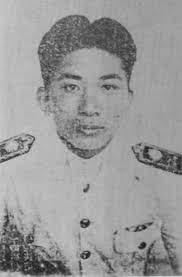 Military Aviation history has shown that Boeing’s P-26 Peashooter represented in the early 1930’s, a technological milestone in fighter aircraft development. However, brief it was, it must be noted that it led the way in signaling the end of the bi-plane era which had ruled the skies since the Great War. At the time of it first production it was hailed as the world’s fastest radial-engine fighter when it entered service, it was quickly rendered obsolete by the very changes that it introduced. Today, it remains the epitome of the 1930s era of aerial art deco.