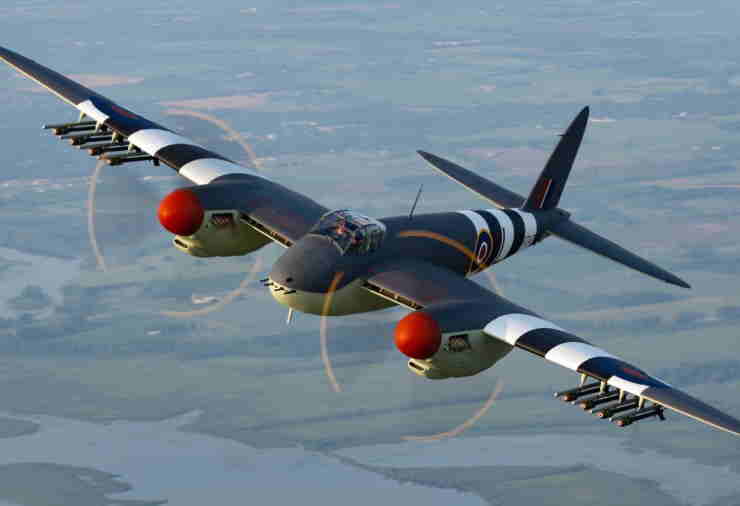 In addition to the superb Supermarine Spitfire fighter and the iconic Lancaster 4 engine heavy bomber, another versatile aircraft symbolized the dogged spirit of the British people, the de Havilland DH.98 Mosquito.

In early 1944 the Allies were faced with a dilemma. The French Resistance contacted the British with a plea for help. More than 100 Resistance prisoners were scheduled for execution at Amiens Prison. They asked the British to destroy the walls of the prison to allow their people the opportunity to escape certain death. To make matters worse, one of the French prisoners was the heart and soul of the Resistance. If the Gestapo found out who he was and broke him, the entire network would crumble.

The British agreed, and the planning for operation “Jericho” began. The leader for the mission was assigned to RAF pilot Percy “Pick” Pickard. The pipe-smoking Pickard was a legend to his men. He had conducted numerous missions since the beginning of the war. Most notable, the Bruneval mission where he led bombers that dropped paratroopers to capture a German radar, take it apart, and return it to England in 1942. 140 Wing, consisted of Squadrons Number 487, New Zealand, Number 464, Australian, and Number 21, British. Air Vice Marshal Basil Embry told the aircrews that they were on their way to blow holes in prison walls deep in France so that prisoners inside could run to safety. This mission required a plane capable flying in fast and low, and capable of carrying a heavy bomb load. The British has just the plane, the De Havilland Mosquito. An outstanding twin-engine fighter-bomber armed with 4 machine guns and 4 cannons, and able fly faster than 400 mph. By this time of the of the war, the Mosquito had proven to be one the best airplanes in the war, on either side. 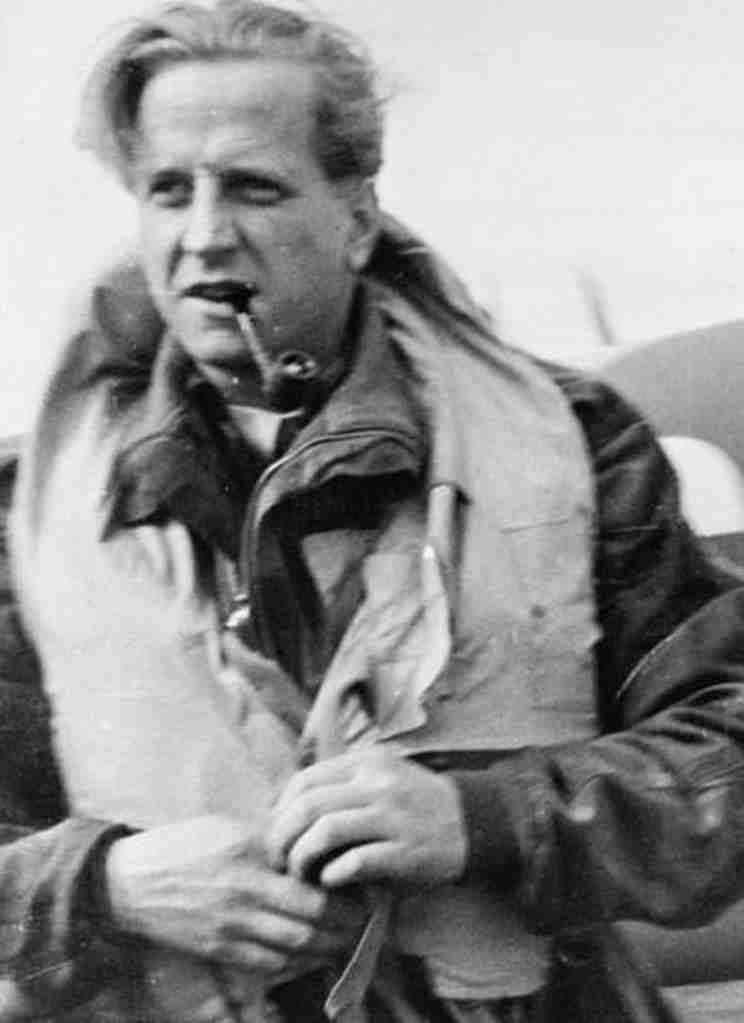 In the early morning hours of February 18, 1944, nineteen Mosquito fighter-bombers, the impeccable WW2 planes, departed Huntson airfield in England. The group would be faced with miserable weather, German flak, and a cloud of fighters, including the Focke-Wulf FW 190s. These were the pilots known for painting the noses of their fighters yellow and were led by the legendary Adolph Galland, who rose to the post of general of fighters. They were a formidable adversary. Squadron 140 quickly jetted across the English Channel just above the water. In the miserable weather, four crews were lost, and had to turn back. They could not reach the prison in time to meet the exacting timetable of the raid. When they reached France, another pilot lost an engine. Flying too slow to press on, he jettisoned his bombs and turned for home. His aircraft was hit by flak on the way, with only one arm and one leg working, blood streaming from his neck, he hung on for dear life. His observer injected him with a shot of morphine, and he flew for home. 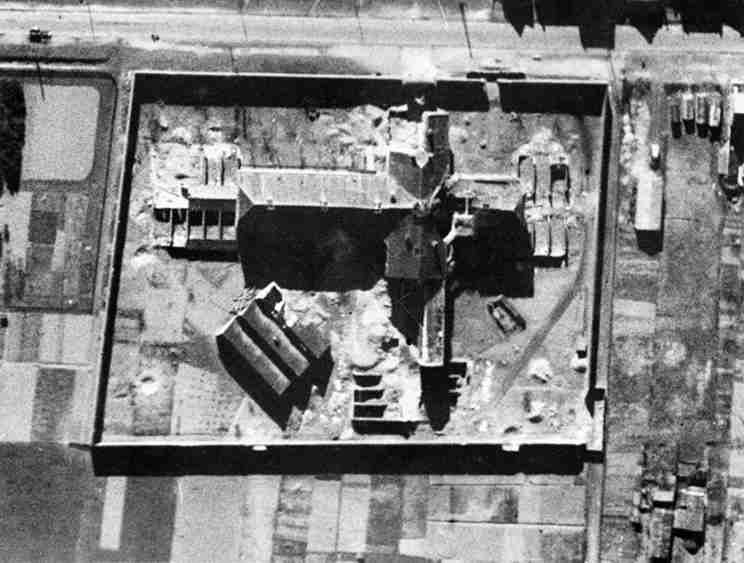 Flying top cover for each squadron was a squadron of Hawker Typhoon fighters. Equally as deadly as the Mosquitos. Each Mosquito squads were assigned specific targets to bomb. Pickard would circle the attack to give up-to-the-minute instructions. When they arrived at Amiens, Pickard’s team went into attack mode, while the Typhoons formed up to attack the Focke-Wulf FW 190s that had scrambled. Weighing heavily on Pickard mind were his instructions to watch for prisoners running through breaches in the walls, a sure sign of success. But if, there were no escapers, they were ordered to bomb the jail itself. He was told that the prisoners would rather be killed by our bombs than by German bullets. It was something nobody wanted to do, but they were prepared to strike the heart of the prison.

In the end, the attack was a success. Pickard could clearly see people running through the breaches in the walls. It was said the that you could tell who the French were, and who were the Germans because after each explosion the Germans would duck for cover, while the French ran for their lives. Even more satisfying was that two prisoners — one a professional thief picked the locks on the filing cabinets and burned prisoner dossiers in the commandant’s office. In addition, another prisoner burglarized the Gestapo headquarters, killed a guard, cracked the safe, and burn more files.

Determining the raid a success, Pickard signaled the code-word “Red Daddy” the signal to return home. Now they would need to fight their way back home. Flying low on the deck, they dogged heavy flak, while they and the covering Typhoons tangled with the German fighters. Once they passed the mid-point of the channel, they realized they were in the clear. Pickard was the last to egress the area. Pickard was attacked by two Focke-Wulf FW 190s, diving from higher altitude to offset the greater speed of the Mosquito. Pickard made a fight of it, nailing one German fighter, which ran for home. But the cannon of the second Luftwaffe aircraft ripped the tail from Pick’s aircraft and the plane smashed into the ground and burst into flame. There was very little left. The locals removed his body from the wreckage, and before they could bury him, the Germans discovered them. He was buried at the World War I cemetery at Amiens. A local had removed his medals, and later returned them to his wife. The raid freed over 250 prisoners. 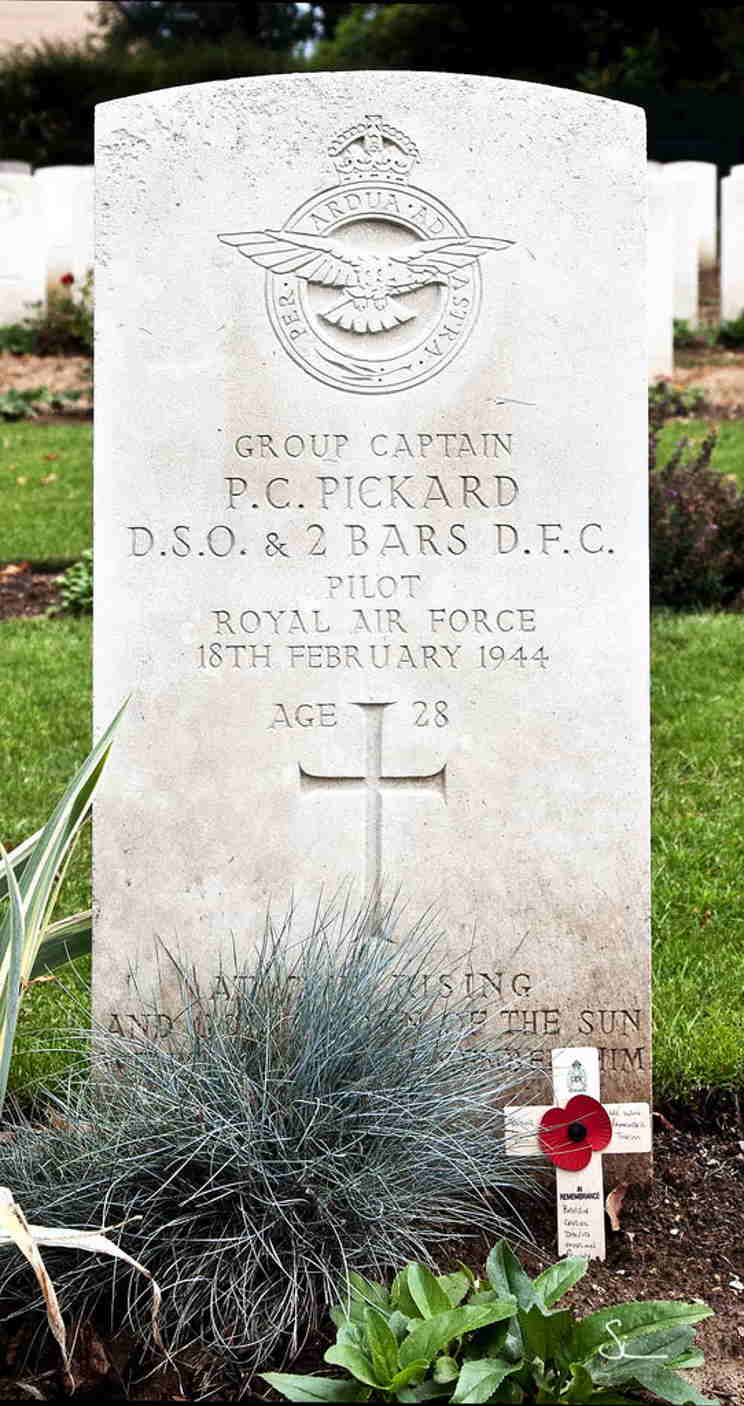 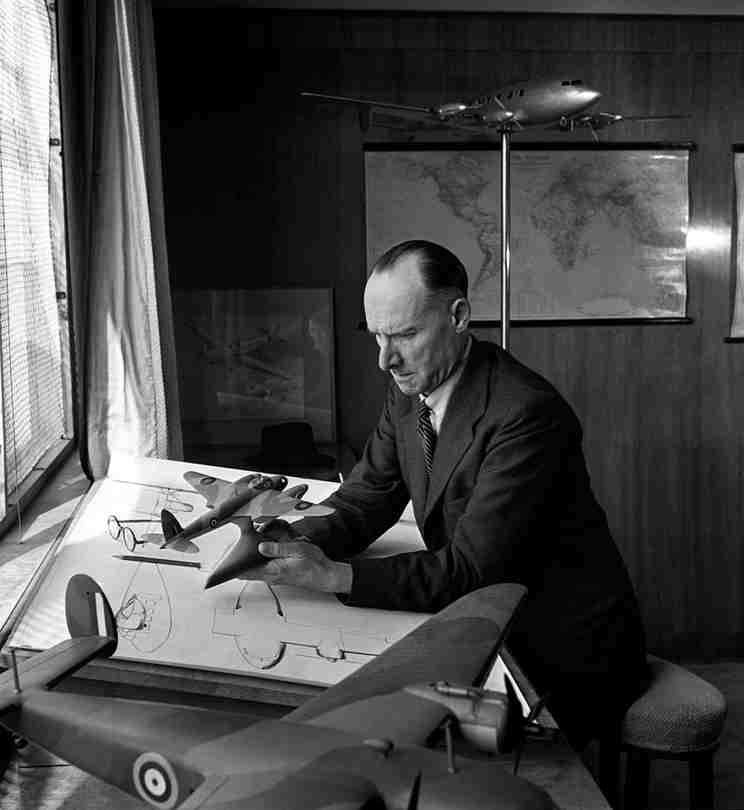 In 1925 de Havilland's own design, the Moth (first flown February 22, 1925) proved to be a success. Geoffrey would later take the company public in 1928, and they were off and running. Their next two biplanes were also successful – the Moth, and Tiger Moth. Geoffrey himself, a pilot often took to the skies in his record setting planes. The company began to transition away from biplanes with the introduction of the Moth Minor, a low-wing monoplane to replace the biplane Moth series. The next airplane would an indication of what the future would for de Havilland. In 1934 de Havilland produced the high-performance aircraft the DH 88 Comet racer, a twin piston-engined sleek low-wing monoplane that became famous as the winner of the MacRobertson Air Race from England to Australia in 1934. The DH 88 was capable of flying at 237 mph. 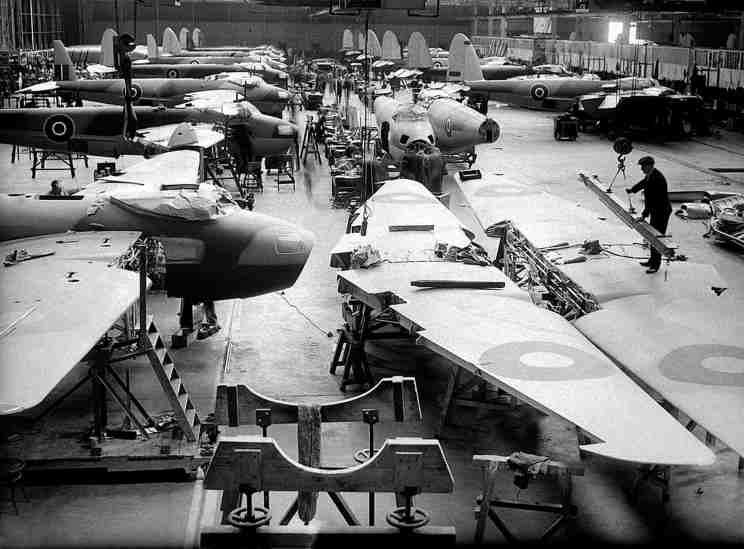 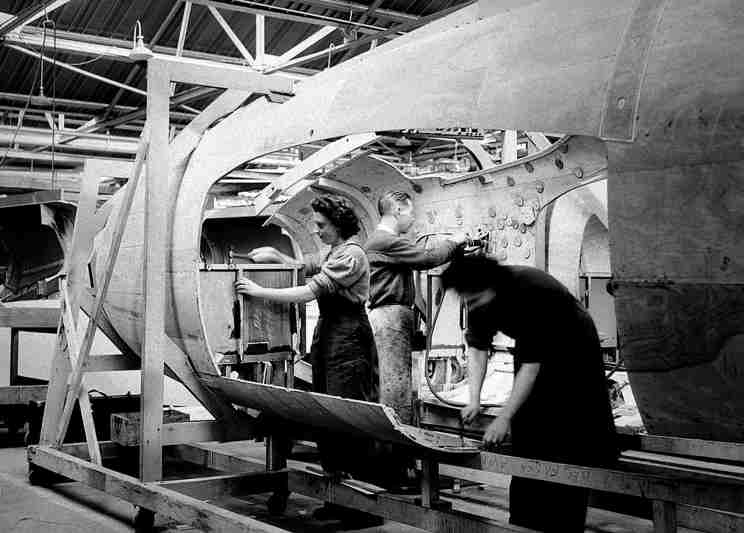 The Mosquito in WW2

With images of the air war in the Spanish war fresh in their memories, in 1938, the British Air Ministry was looking for a heavily armed multi-role aircraft. De Havilland eagerly responded with a designed based on the DH 88 Comet. However, the Air Ministry was not initially impressed. At the dawn of WW2 virtually every manufacturer was moving away from wooden to all-metal construction. A determined de Havilland responded by saying, “we can build a twin-engine bomber so fast, little armament would be needed”. Still not impressed, the Ministry assigned De Havilland the job of producing wings for other companies, but the urgency of war was forced to take a look at the Mosquito. By 1940 the Ministry requested a bomber/reconnaissance version which was updated to a WW2version capable 400 mph. Thus, the DH 98 Mosquito, an incredible plane that could simply do it all.