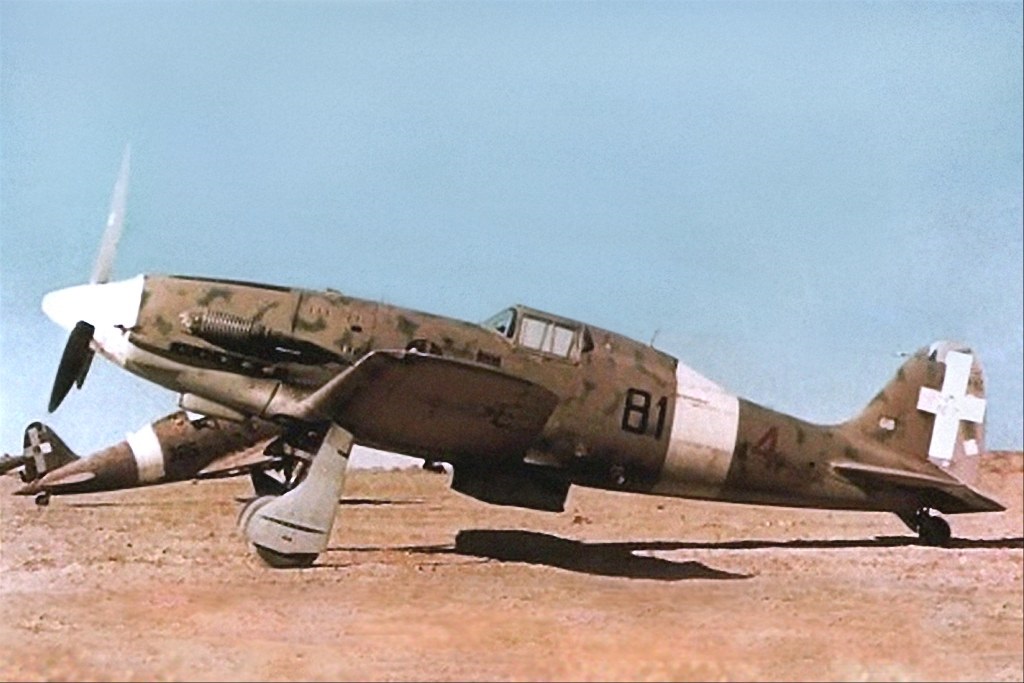 In the discussion of iconic fighter aircraft designers and planes, there is little mention of Italian fighter aircraft during WW2 and the Macchi C.202. If you mention the U.S., the P-51 Mustang comes to mind, Likewise, with the UK, the remarkable Spitfire, and the same can be said of Italy’s Axis partners Germany and Japan. At the dawn of aviation, Italy was one of the major European powers to embrace aviation in a military role. The Italian Air Force first took to the skies in North Africa in operations in Libya prior to World War I.

The Italian Air Force became an independent service in 1923, independent of the Italian Army and Navy. Now known as the Regia Aeronautica with the blessing of fascist dictator Benito Mussolini the air service began chasing numerous records. Just prior to the outbreak of WW2 Italian flyers set more than 110 records. Regia Aeronautica saw its first military action in the Second Italo-Ethiopian war in 1935. The Italian Air Force was a major participant in the deadly Spanish Civil War that tore apart Spain, fighting alongside Franco’s forces, which one day led to WW2. Mussolini’s forces were primarily responsible for moving Franco’s forces from Spanish occupied Morocco to the mainland. During the conflict the Aviazione legionaria achieved approximately 500 aerial victories, with the loss of 86 aircraft in air combat and about 200 flying personnel.

It was Italy’s involvement in Ethiopia that garnered the World’s attention in 1935. In an attempted to reinstitute the Roman Empire of the past, Italy set its sights on the small East African country, steeped in world history. As expected, the Regia Aeronautica easily overwhelmed the primitive Ethiopian Air Force. During the conflict, the Italian committed over 330 aircraft, while the Ethiopians had less than 20 serviceable aircraft. However, the Regia Aeronautica suffered the loss of 72 planes and 122 aircrews in Combat.

In June of 1940, Mussolini watched with great interest as his ally Hitler’s Germany were rapidly rolling up French and British forces at the outset of WW2 in France. Convinced of a German victory, Mussolini used this moment to enter the war. The Italians had limited success in attacking French airbases and the French Fleet. The Italians participated in limited operations in the Middle East, along with German forces. At this point of the war a sizable portion of Regia Aeronautica were Biplanes of the last generation of fighter aircraft. They did have serviceable single-wing, single-engine fighters – Fiat G. 50 Freecia and Macchi C. 200. But it was apparent these fighters were not on par with the British fighters, and the fighters the Americans and Russians would soon commit.

In the mid-1930’s Regia Aeronautica began the transition from Biplanes to single-wing, single-seat, single-engine fighter planes. One aircraft manufacturer put forth an interesting project. Aermacchi Macchi fighter submission was the Macchi C.200 Saetta. The company, founded by, Giulio Macchi, began manufacturing aircraft in 1912 in Northern Italy, a short distance from Milan. The company’s first began with a license agreement to build the remarkable French World War I fighter, the Nieuport. The original name of the company was the Societa Anonima Nieuport-Macchi, but later changed to Aeronautica Macchi. In 1924 Macchi began his association with a 36-year-old engineer, Mario Castoldi. Castoldi, like his English competitor R.J. Mitchell came to fame with air racing, producing the Macchi-Castoldi M.C. 72, MM 177 that set a record of 423 mph, in 1933. 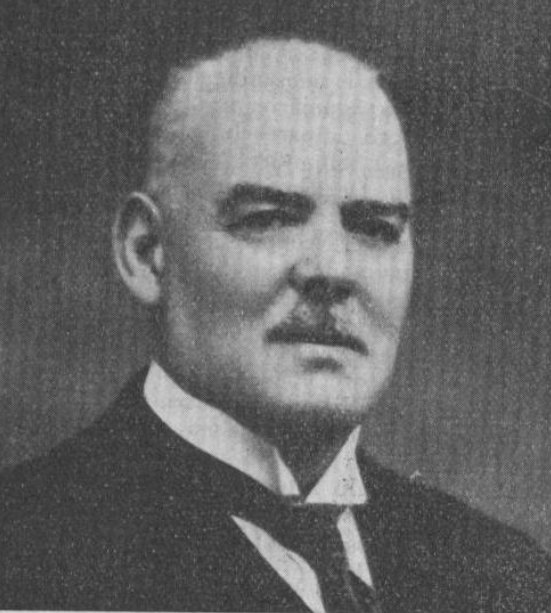 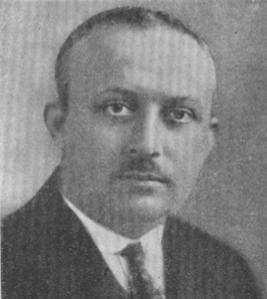 In 1936 the Italian DCGA put forth a proposal for a low-wing, single seat fighter plane, with retractable landing gear. The maximum speed was to be 310 mph, with a climb rate 19,000 feet in 5 minutes, and a two-hour flight range. The armament would need to be one or two 12.77-millimeter machine guns. Also, the required engine would be the Fiat A74 radial engine RC 38 14- cylinder mustering 870 horsepower. A three-blade propeller completed the con figuration. Macchi submitted the Macchi C.200 Saetta. The Saetta was deemed the winner of the proposal. The Saetta took flight in December 1937. The Saetta went into production in June 1939 with war on the horizon. The Saetta proved to be a stable mount – very maneuverable, and fast climbing. However, its short comings were also evident, lack of fire power. A sufficient powerplant, and speed against the Spitfire. 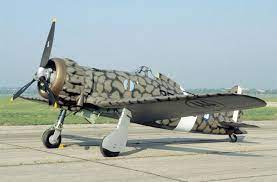 Despite its deficiencies a total 0f 1,153 Saettas were produced between 1939 and 1942. It served in the Axis invasion in Russia, Yugoslavia, Greece, Mediterranean, and North Africa. When Italy surrendered to the Allies in September 1943 a small contingent of Saetta’s remained. They were evenly divided between the aligned and against Mussolini. One f the few fighters to fight on both sides of the war.

Aeronautica Macchi designed and built the Macchi C.202 Folgore (Lightning), which was based on an earlier Macchi design powered by a radial engine, the C.200 Saeta. In the design of the Folgore, Macchi's chief of design, Mario Castoldi, did what the Americans would later do with P-51 Mustang, Macchi adapted the Saeta airframe to the German Daimler-Benz DB 601 liquid-cooled engine. Italy was a significant air-faring nation during the mid-1930s but its aviation industry began to lag late in the decade, particularly in engine development. No indigenous, in-line powerplant of sufficient power was available when the war started so early in 1940 Macchi had to import the German engine as a private venture.

The engine upgrade was an immediate success for the Folgore, increasing its speed to over 370 mph. A fully enclosed canopy was also an addition, a retractable tail wheel, and all-metal monocoque construction. The Macchi C.202 Folgore first flew in August 1940 and the Regia Aeronautica initially deployed the aircraft during the summer of 1941 to the 1° Stormo C.T. for combat flight training. In November, this unit was deployed to Libya and engaged British forces shortly before the British blockaded Tobruk. Although it was available too late to affect the outcome in North Africa, the new Macchi C.202 proved clearly superior to both the American Curtiss P-40 and the British Hawker Hurricane. Pilots flying the Italian fighter outperformed all opponents except Supermarine Spitfires and North American P-51 Mustangs. Folgore pilots lauded the fighter's finger-light handling and superb agility.

By 1943 Germany was suffering significant production loses. Supplies of DB 601 engines were becoming harder to supply to Italy, Italian engine manufacturer Alfa Romeo began building a copy, under license, called the R. A. 1000 R. C. 41 Monsonie (Monsoon) but initial production was slow. The need for airplanes was urgent so for a time, Macchi built the outdated C.200 alongside the C.202 but by late 1942, Folgores outnumbered all other fighter airplanes in the Regia Aeronautica. Folgore production totaled about 1,500 airplanes, built from 1941 to 1943. Macchi built fewer than 400 but the Breda and S. A. I. Ambrosini firms manufactured the balance. The Germans operated the C.202 in limited numbers and after 1943 it appeared in the small Allied Co-Belligerent Air Force that operated continuously against the Axis from the Italian Armistice to V-E Day. The Folgore was flown by many of the top Italian aces, Teresio Vittorio Martinoli was the top ace with 22 aerial victors along with 14 shared. He was killed in a flying accident in 1944.