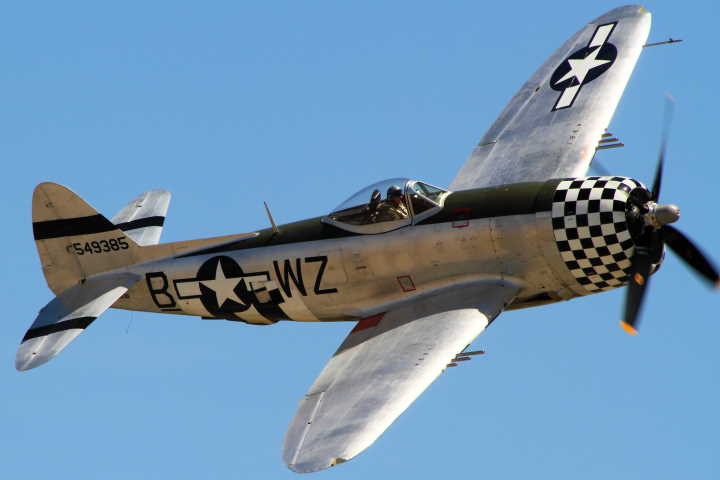 Thunder In The Sky 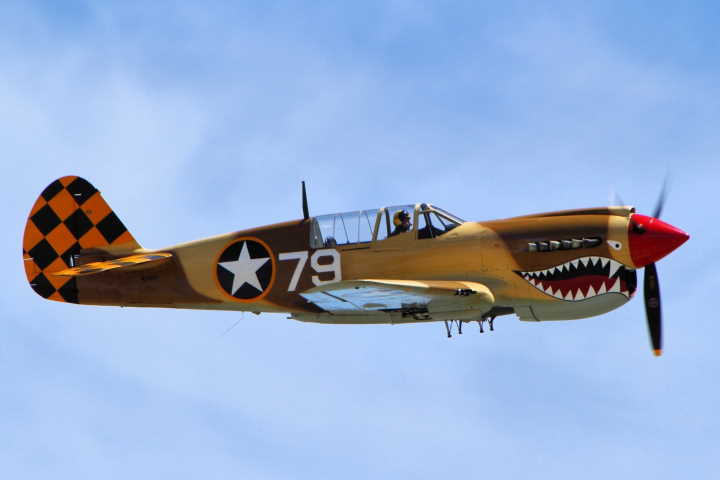 Tiger In The Sky 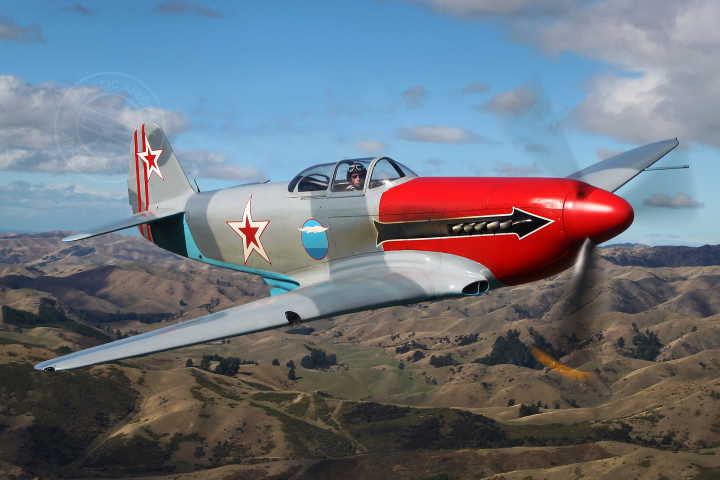 Bear In The Sky 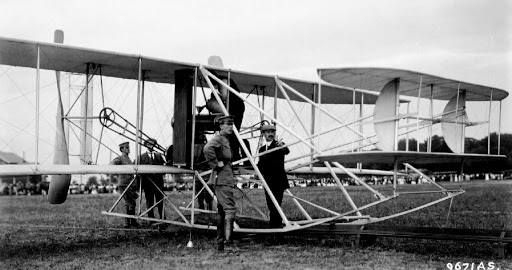 Wright military flyer of 1909, airplane built by Wilbur and Orville Wright and sold to the U.S. Army Signal Corps in July 1909. It was the world’s first military airplane. For the Wright brothers, it represented a first step in their efforts to produce marketable aircraft incorporating the principles that they had employed six years earlier in achieving the first powered heavier-than-air flight. The 1909 flyer was similar to a series of aircraft that were produced by the Wrights in Dayton, Ohio, from 1907 to 1909 and are now known by the designation “Model A.” Like the other Wright machines, it was a biplane design employing the “wing-warping” control system and stabilized in the pitch axis by a horizontal stabilizer positioned forward of the wings. Twin pusher propellers were turned through a chain drive by a four-cylinder engine that generated up to 32 horsepower. The airplane was launched into the air by a weight falling from the top of a derrick. The Army’s performance specifications called for an observation craft that would keep a pilot and passenger aloft for more than one hour and fly at an average speed of 40 miles (65 km) per hour. A throng of 10,000 people, including President William Howard Taft, gathered at Fort Myer, Va., on July 27, 1909, to watch Orville complete one of the final qualifying flights for the sale. The event was filmed by famed inventor, Thomas Edison. Lieutenant Frank Purdy Lahm joined Orville for a flight of 1 hour 12 min. 374/5 sec., setting a new world’s duration record for flight with a passenger. 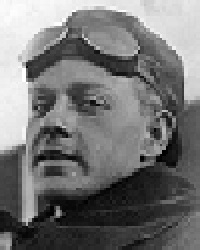 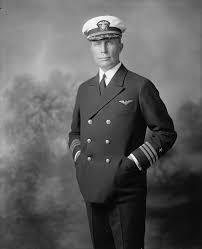 The beginings Of The Aerospace Industry 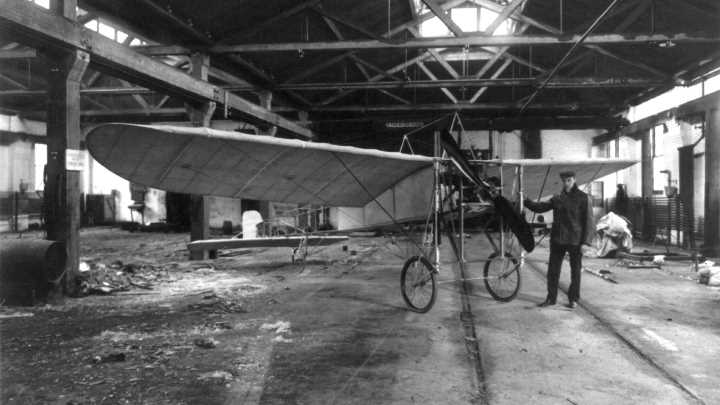 Their breakthrough innovation was a pilot-operated warping (twisting) of the wings to provide attitude control and to make turns. Patents with broad claims for their wing-warping technology were granted in Europe in 1904 and in the United States in 1906. The French government was the first to negotiate with the Wright brothers for the sale of their patents for 1,000,000 francs, with a deposit of 25,000 francs for the option, which was later forfeited. The first recorded business transaction of the aerospace industry occurred in May 1906 when J.P. Morgan and Company in New York City paid the Wright brothers the forfeited deposit. The first sale of a military aircraft was made on February 8, 1908, when the Wright brothers contracted to provide one Model A flyer (see Wright military flyer of 1909) to the Signal Corps of the U.S. Army for $25,000, with a $5,000 bonus should it exceed the speed requirement of 40 miles (65 km) per hour.following year the aircraft successfully completed qualifying trials for completion of the sale, which included the bonus. 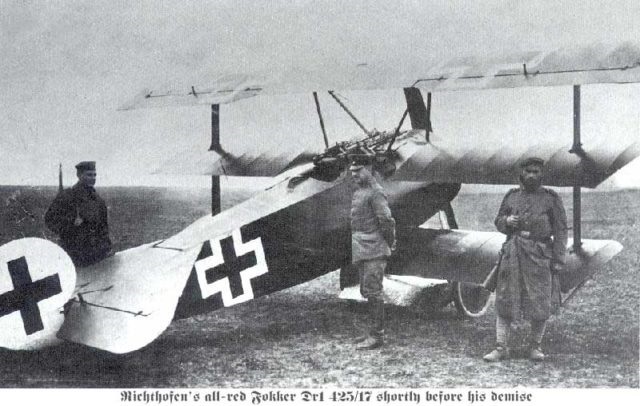 (German-Fokker Dr1)The first dogfights between aircraft occurred in mid-1915. “Fighting scout” planes had begun to accompany artillery spotter and reconnaissance aircraft. As the fighters of each side tried to attack the planes defended by the other, combat between fighters began. Fabric Skin. Most fighter planes of WWI were enclosed in a compact layer of material.

The Fokker Dr.I and Sopwith Triplane were both successes. The Fokker triplane, which achieved excellent maneuverability and rate of climb at the cost of reduced speed, was the favorite plane of Manfred von Richthofen, the famous Red Baron. When a fault led to the withdrawal of most of those planes, Anthony Fokker presented Richthofen with a stronger model so he could keep flying it. To make fighter planes more effective, they needed forward firing guns lined up with the pilot’s view, to enable them to aim easily while flying. It created a problem. The closer it was to his line of sight, the more likely the gun was to shoot off the plane’s own propeller. The French made the first attempt to solve it. The propeller was reinforced with steel wedges to deflect bullets, but they could still do harm to the propeller, and the ones that bounced off might hit the pilot. In 1915, Dutch engineer Anthony Fokker provided the solution for the Germans. His interrupter gear interacted with the gun’s mechanism, stopping it from firing when a propeller was in front of the barrel. It could still fire in the split seconds in between. In July 1915, the Fokker EI plane entered the war, and German planes became proper war machines. Their opponents soon developed equivalents, based in part on Fokker’s work.

Duel In The Sky

(German-M5K)Initially air combat was extremely rare, and definitely subordinate to reconnaissance. There are even stories of the crew of rival reconnaissance aircraft exchanging nothing more belligerent than smiles and waves. This soon progressed to throwing grenades, and other objects – even grappling hooks. The first aircraft brought down by another was an Austrian reconnaissance aircraft rammed on 8 September 1914 by Russian pilot Pyotr Nesterov in Galicia in the Eastern Front.

Other modifications soon followed. Moving the engine from the rear of the plane, which was known as a pusher configuration, to the front of the aircraft. An important drawback was that pusher designs tended to have an inferior performance to tractor types with the same engine power because of the extra drag created by the struts and rigging necessary to carry the tail unit. They were simply too slow to catch their quarry. Another was the wings themselves. A single wing configuration known as a mono wing design and a two wing configuration known as biplane. And a monsterous three wing triplane was developed by both sides. 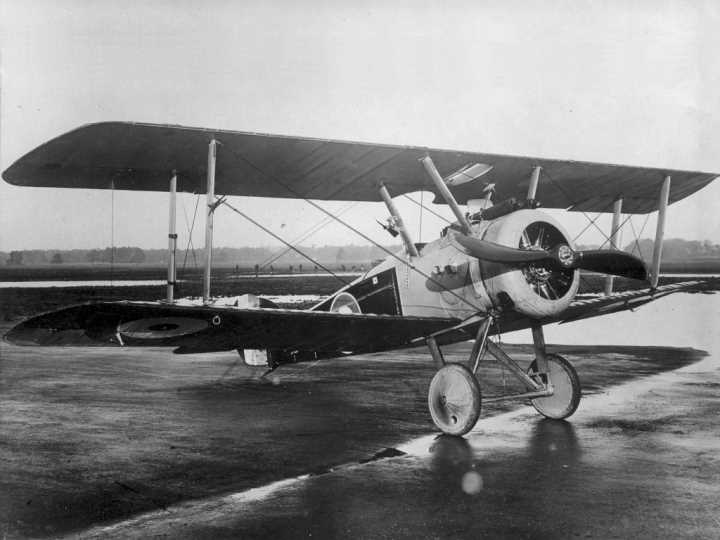 (British-Sopwith Camel)The term flying ace was first used by French newspapers during World War I, describing Adolphe Pégoud as l'as (the ace), after he downed five German aircraft. When aircraft began to shoot or force down other aircraft, systems to count "air victories" were subsequently developed. Lone aerial combat provided an outlet for acts of personal bravery. The aces were seen as chivalrous heroes engaged in honest and impressive one-to-one fighting. However, the lives of air aces were often cut short through combat or because of mechanical failure. This only fuelled their status as heroic martyrs. Of the eight aces listed here, seven were killed in action between 1916 and 1918 or died in flying accidents during or after the war.

Despite the German's early lead in combat tactics and their 'Dicta Boelcke' the Allies were not slow to adapt and develop their own tactics. The Royal Flying Corps' Albert Ball was one of a band of pilots who liked to fly solo and he developed 'stalking' tactics for going after enemy two-seaters. He even used his Lewis gun in its top wing adjustable Foster mounting to fire upwards into the underside of unsuspecting enemy aircraft. Other RFC pilots such as James McCudden and Mick Mannock emphasised mutual support and the advantages of attacking from height. Mannock expressed this in a list of aerial combat rules that were similar to Boelcke's. 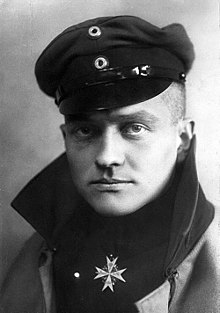 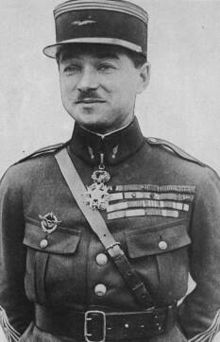 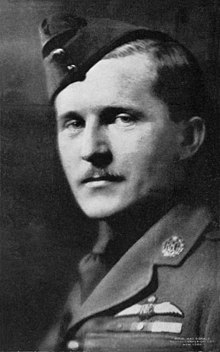 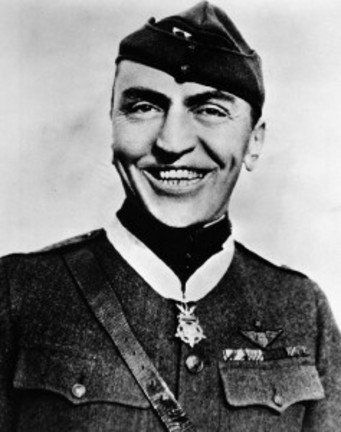 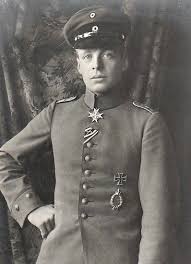 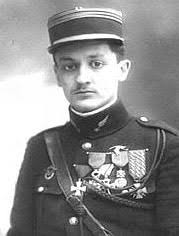 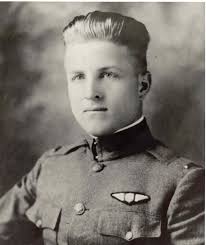 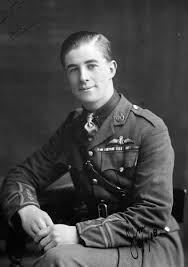 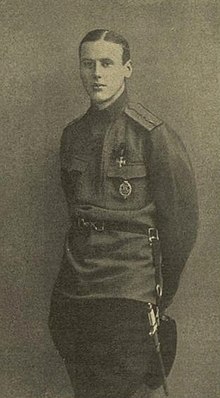 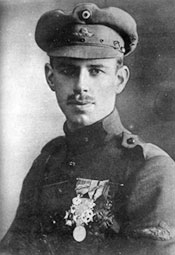 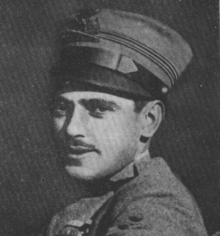 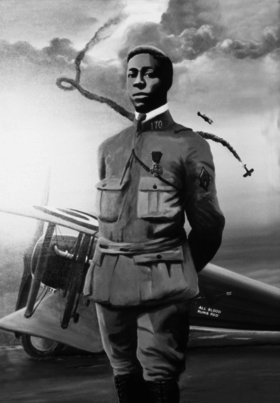