Interesting Facts About The Dewoitine D.520

The Dewoitine D.520 – The Best French Fighter Aircraft of WW2 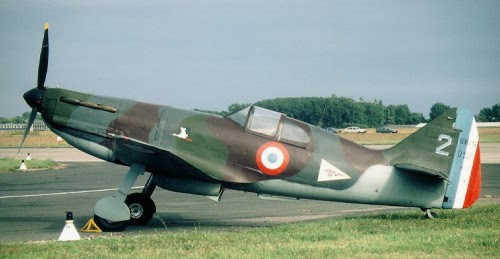 When WWI began in Europe, France's military had 260 airplanes and 171 pilots at its disposal, making them the clear leader in the fledgling field of military aircraft. Germany was 2nd and the UK a distant 3rd and the U.S. nonexistence. After one of the bloodiest conflicts in human history The Allied Air forces, primarily the French and British defeated the Central Powers led by Germany. The SPAD S.XIII was a French biplane fighter aircraft developed by Société Pour L'Aviation et ses Dérivés. The Nieuport 11, nicknamed the Bébé, was a single seat sesquiplane fighter aircraft, designed by Gustave Delage. It was the primary aircraft that ended the Fokker Scourge Fokker Scourge in 1916. This accomplishment should have set the French up to be a dominant force in the foreseeable future. Whatever gains the French design and production industry held after WWI evaporated by the dawn of WWII resulting in one of the swiftest defeats in military history. 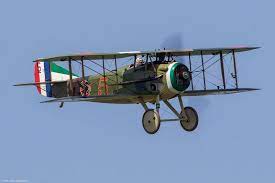 There was early optimism in 1939 at the start of WWII by the French in their armed forces, and why shouldn’t they be based on their performance in the previous war. In early 1940 when the Germans made their move it didn’t take long to see that the French Air Force (along with the RAF) were clearly outclassed by the German Luftwaffe. In the midst of this disaster, without doubt, the most capable fighter of French origin available to the Armée de l’air (French Air Force) early in World War II the Dewoitine D.520 originated from a 1934 desire for an advanced single-seat fighter to replace earlier machines which were soon to be rendered obsolete by modern monoplanes like the Hawker Hurricane. A revised 1936 specification would incorporate such desirable features as cantilever low-set flapped wings, an enclosed cockpit, retractable undercarriage and a 1,000 hp engine driving a variable–pitch propeller.

Designed by a team led by Emile Dewoitine with primary responsibility for development in the hands of engineers Vautier, Castello and Rey. Dewoitine was born in 1892 in Crépy en Laonnais, a town of less than 1,800 inhabitants in Picardie, France, near the Belgian border. After joining the French Army in 1911, he first soloed later that year. Based on his aeronautical knowledge he was sent to Russia to manage the Anatra d’Odessa et de Simféropol factories where Voisin bombers were built on license at the onset of World War I. With the onset of the Russian revolution in 1917, he returned to France and soon afterward joined the newly founded French aviation company Latécoère Latécoère. A short time later Dewoitine formed his own French Aircraft Company with the intentions of selling his own designs. However, sales proved to be hard to come by forcing the closure of the company in 1927. In this trying moment Emile left France for Switzerland. 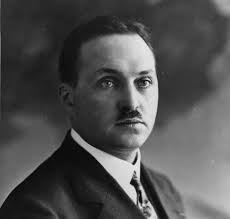 The first of three prototypes made its maiden flight at Toulouse-Francazais on 2nd October 1938 with test pilot Marcel Doret at the controls. Trials of prototype D.520C-1 revealed a number of shortcomings requiring immediate modifications. A three-blade propeller was substituted for the wooden two blade one, the radiator was repositioned, and the vertical tail was enlarged to improve stability, being among some of the major improvements found necessary. The second and third prototypes (D.520C-2 and D520C-3) were ferried to C.E.M.A, (Centre d’Essais du Matériel Aérien) at Villacoublay for testing and, with trials completed satisfactorily, a contract for 200 machines was placed at the beginning of March 1939 with first deliveries set for September.

A rather slow production rate resulted in only 36 machines having been delivered to the Armée de l’air before the German invasion of May 1940. The Groupe de Chasse I/3 was the first unit to receive the D,520, which became exceptionally popular with service pilots, who enjoyed the sensitivity of the controls, the simplicity of the instrument panel, and the ease with which it recovered from a spin. Despite having excellent maneuverability, better than many contemporaries, the D.520 suffered from poor performance, mainly a consequence of a shortage of an intended 1,300-hp engine. Production was stepped up during the German offensive with the Toulouse factory turning out 100 machines a month with some 403 machines delivered by the time of the French armistice was signed with Germany. GC I/3 became operational on May 10th and was soon joined by GC III/3, GC III/6, and GC II/7 (the last two converted too late to see combat) and the naval unit, 1º Flotilla de Chasse. 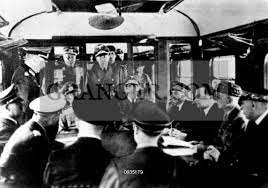 The German march to victory in the Battle of France proceeded faster than anyone could have imagined. Beginning on May 10, 1940, the German Army, Air Force and Navy methodically sliced its way through the Low Countries, and Belgium on their way to violently pushing the British Expeditionary Force off the Continent, leaving just one task left, the final defeat of France. In a sense the French had miscalculated the path of war during the period known as the Phony War, the six-month period after September 1939. The French were guilty of fighting this war with the last war’s tactics encompassed in the German World War I Schlieffen Plan. When the fortunes of war drastically turned against the French the darkest days in French history would soon become even darker. After the fall of Verdune on June 15, 1940, with his back to the wall French Prime Minister Paul Reynaud and his Cabinet were now faced with the reality that all was lost. Reynauld and some in the Cabinet, and urging of British Prime Minister Winston Churchill, wanted to continue the fight. However, battlefield circumstances dictated a different approach was necessary. The subsequent surrender of the French would soon relegate the Dewoitine D.520 to the dubious distinction of being one of a few World War II aircraft to serve in the Allied and Axis Air Forces.

During the Battle of France, which the Germans named operation Paula, the D.520 units acquitted themselves very well, valiantly fighting the Germans until France capitulated. The Germans then undertook the final phase, operation Fall Rot (Case Red) to crush the French Air Force. However, in the midst of this calamity the Dewoitine acquitted itself well and were credited with 114 confirmed “kills” and 39 “probable” - slightly less than a two to one kill ratio. Between 18th and 20 June 1940, the Armée de l’air units flew their aircraft to North Africa. Although production had ‘officially’ ceased at the Armistice, development of the basic design continued in secret. In the spring of 1941, the German Armistice Control Committee agreed to the Vichy Air Force adopting the D.520 as its standard fighter, and aircraft production in WW2 was resumed. By October 1942, nine Vichy units were operational with the type, seeing action against British forces in the Levant and had escorted Vichy bombers in an attack on Gibraltar. When the Germans invaded unoccupied France in November 1942 all Vichy French forces were disbanded. Every airworthy D.520s and those in storage or awaiting delivery at Blagnac were seized allowing the Luftwaffe to equip two fighter-trainer units.

In 1942 the Germans used their authoring to seize over 400 Dwoitine’s and sent them to the Air Forces of their Axis’s partners. The dispersal began with Germany utilizing 50 for the Luftwaffe, designating them as trainer aircraft. However, there were high loses of aircraft due to unfamiliarity with French aircraft technology. Seventy-two were acquired by the Italian Regia Aeronautica (of which 30 were transferred to Germany in exchange for captured LeO 451 bombers) for use by fighter-trainer units and about 96 were issued to the Bulgarian Air force and 150 to Romania. Only the Bulgarians and Romanians would employ the D.520 operationally. The Italians utilized their D.520’s in the defense of Naples, the Bulgarians fiercely used theirs in conjunction with Messerschmitt Bf 109’s in attacking B-24 bombers of the 15th USAAF in the defense of the capital Sofia. It was in these conflict that the Bulgarian D.520’s went up against the legendary Lockheed P-38 Lightning.

The rules of the 1940 Armistice signed by the French, the Germans essentially divided France into two countries. The Germans occupied the North and Atlantic coast, while the Vichi French government occupied the South and North African territories. At the time of his resignation Prime Minister Reynaud recommended World War I general Philippe Pétain lead the Vichi government. Pétain was faced with the dilemma that if at any time any French forces joined the Allies Germany would immediately occupy the whole of France. In a sense forcing the Vichi government to join the Axis side against the Allies in the Mediterranean and North Africa. 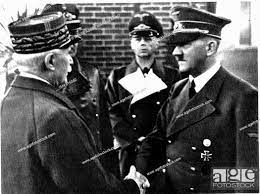 This came to head when the British determined it a great risk to them that the powerful French Naval forces in North Africa would join the Axis. The Vichi North African Governor made it clear they would take orders from the Vichi government therefore, the British took decisive action and attacked the French at the largest collection of French naval strength at Mers el-Kebir, Algeria, under Adm. Marcel-Bruno Gensoul. A British squadron under Vice Adm. James Somerville was dispatched to Mers el-Kebir, and Gensoul was presented with the following options: he could join the British force against their “common enemy”; he could sail his ships to British or West Indian ports for internment; or the British would sink his fleet. When Gensoul dithered the Royal Navy armada attacked and defeated the French, one French battleship was sunk and two others severely damaged. Nearly 1300 French sailors were killed. The French responded with an air attack on the British possession Gibraltar. 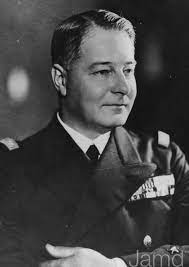 After considerable action against the British in mid-1940, at the time of the Allied invasion of North Africa in late 1942 (Operation Torch) the Vichi French forces had 234 D.520’s in Vichi held France and 174 in North Africa. The Vichi Air Force briefly dueled with the Allies in several locations in North Africa and the Middle East before finally succumbing to the Allies after the Allies landed in North Africa in strength. Ultimately, the fortunes of Vichy France in North Africa as an underling of the Germans came to an end on 11 November 1942, when General Charles Nogues, the commander-in-chief of the Vichy armed forces, requested a cessation of conflict. In 1943 the Free French forces under Charles de Gaulle were combined with the forces of General Henri Giruad and became the French Air Army. They were led by Martial Henri Valin from 1941 to 1944. When German forces evacuated Toulouse on August 22, 1944, S.N.C.A. de Sud-Est (the nationalised French aviation industry) and former Arméé de l’air personnel seized all airworthy D.520s and those undergoing overhaul and, on September 16th, formed Groupe de Chasse I/8 under Marcel Doret, strafing the retreating German columns and attacking German pockets at Royan, Pointe de Grave, Rochefort and Oléron. 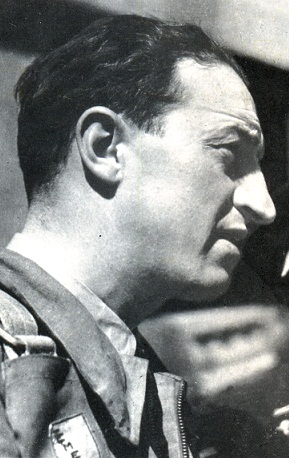 The story of the Dewoitine D.520 is best told in the story of a country, aircraft designer and pilots who flew the aircraft in World War II. The journey from proud nation to a defeated and divided people, to once again a proud nation was remarkable. In the case of the D.520 designer, Emile Dewoitine, he left France after the defeat of France for the United States in 1940. Dewoitine had hopes of establishing an aircraft company, hoping his connection with top U.S. Army brass would help. Unsuccessful in this endeavor, he returned to France and worked with the Vichi and German governments for a time. In 1944, when the liberation of France seemed imminent Dewoitine fled to Spain fearing being held accountable for collaboration. And in the case of French ace Pierre Le Gloan. During his career he was credited with 33 victories against German, Italian and British forces. In a sense a tail of two cities. While the D.520 actively competed against other fighters of the day; namely the Messerschmitt Bf-109, Spitfire and others they may have been better fighters, but in the hand of a skilled pilot in proved it could hold its own.