Interesting Facts about the Supermarine Spitfire

The Supermarine Spitfire – A Class By Itself 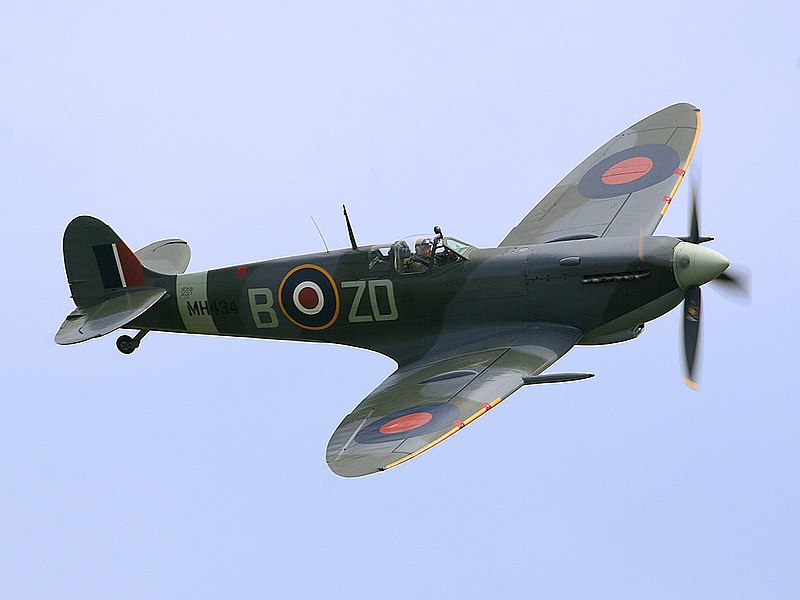 At first glance, the most notable aspect of the Supermarine Spitfire fighter aircraft is the large elliptical wing. The unusual looking wing, with the thinnest possible cross-section, along with its airfoil gave it superb performance at high level. This creative design worked out mathematically the weights to have minimum induced drag in a wing section, known as the elliptical lift. The elliptical wing would become the hallmark for the Spitfire. RAF pilot Bob Doe said, “I fell in love with it at first sight, you didn’t fly it you were a part of it.” Agile, and armed to the teeth, the Spitfire, along with the Hawker Hurricane, earned an endearing appreciation by the British people in a time of their greatest need during World War II.

The brainchild of brilliant Supermarine Aviation Works (a subsidiary of Vickers-Armstrong) aeronautical engineer, Reginald J. Mitchell. The Spitfire is the offshoot of late 1920’s float plane air racers that dominated the air racing world, winning the coveted Schneider Trophy. One of these racers, the S.6, set a world speed record of 357 miles (574 km) per hour in 1929. In 1931 the Air Ministry issued specification F7/30, calling for a fighter capable of flying faster than 250 mph. Mitchell and Supermarine’s first iteration was the type 224. The 224 was an open-cockpit monoplane with bulky gull-wings and a large, fixed, spatted undercarriage powered by the 600-horsepower Rolls-Royce Goshawk engine. It first flew in February 1934; however, the Air Ministry accepted another fighter. 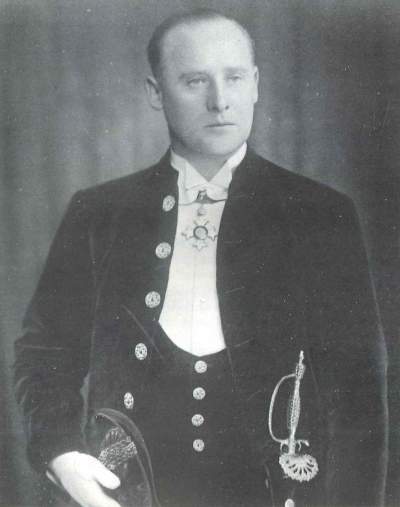 Mitchell used the 224 as a testbed for further enhancements – retractable undercarriage, and smaller wingspan. Again, Supermarine Spitfire met with rejection of the type 300 in 1934. Mitchell then went to work on additional changes - enclosed cockpit, oxygen breathing system, and what would eventually set the Spitfire apart from others, the PV-XII V-12 Merlin engine. On December 1, 1934, the Air Ministry gave its approval to the improved type 300, allocating £10,000 for production. On March 5, 1936, the prototype took to the skies. At the controls was Captain Joseph “Mutt” Summers, this flight occurred four months after the maiden flight of the Hawker Hurricane. The Spitfire could only reach a top speed of 330 mph, not much better than the Hurricane. A change in propellers, and an adjustment to the rudder increased the speed to 348 mph. 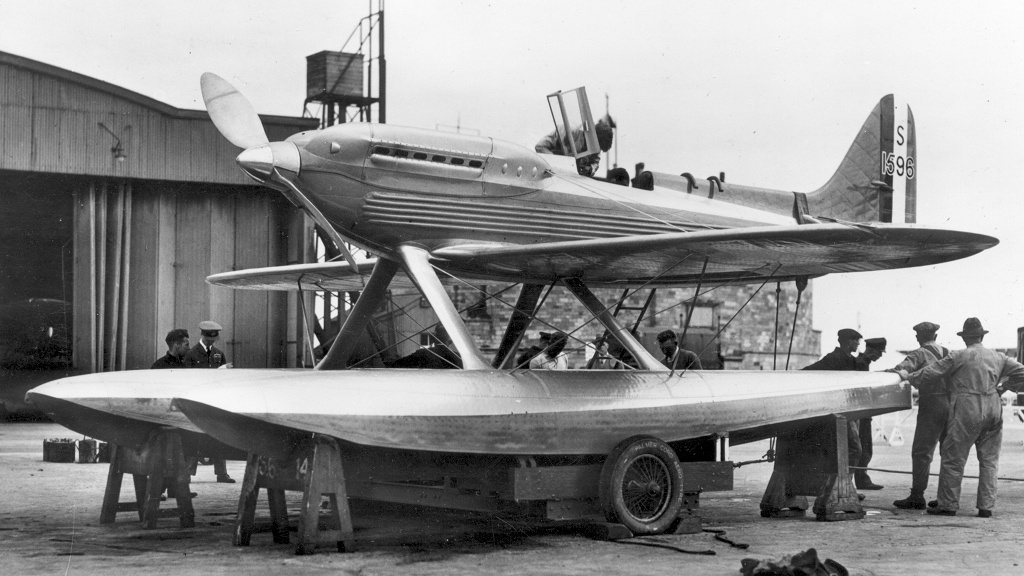 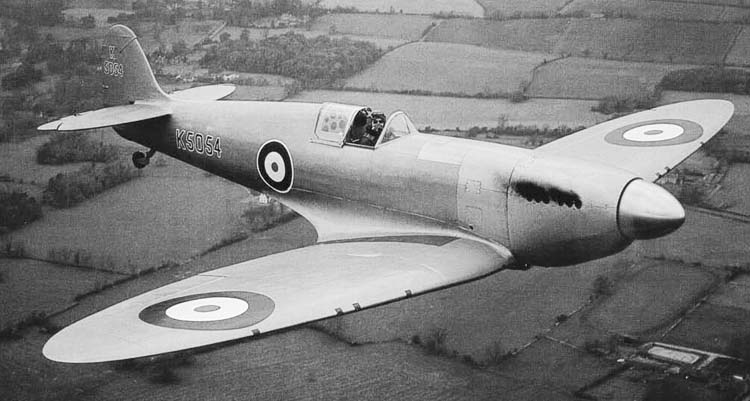 It would take R J Mitchell and his team several years to refine his creation. The greatest setback the early Spitfire experienced was the death of Mitchell himself in 1937. Mitchell became Chief Designer and Engineer at only 24 years of age. Mitchell was first diagnosed with rectal cancer in 1933 and suffered terribly until his death. Despite his illness Mitchell leaned to fly in order to better understand his knowledge of flight. By 1937 Mitchell could no longer work, however, Mitchell would visit the airfield to see his creation take shape. Mitchell died June 11, 1937, at the young age of 42. After Mitchell’s death, his assistant, Harold J. Payn was promoted. However, once war was imminent, it was discovered that Payn’s wife was German born. Summarily, Payn was dismissed. The task of bringing the Spitfire through this difficult time fell to Joseph Smith. It would be Smith who would manage the incredible 10 year run of Spitfires, with 24 variants produced through World War II and beyond, making it one of the most famous WW2 planes. 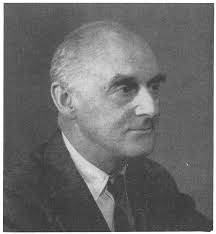 When the Spitfire first took to the skies its sleekness and stream-lined fuselage was an indication it had maintained its air racing heritage. One persistent challenge in Spitfire production was that the stress-skinned fuselage required a highly trained work force, in addition, labor issues for higher wages was a problem. In 1938 war had nearly broken out between England and France against Germany over Germany’s demands on Czechoslovakia. Last minute negotiations averted a disaster, and, in a sense, prolonged the inevitable. On August 4, 1938, the first operational Spitfires were delivered to 19 squadron at Duxford near London. On September 3, 1939, World War II began a struggle between adversaries of the last war when Germany invaded Poland. 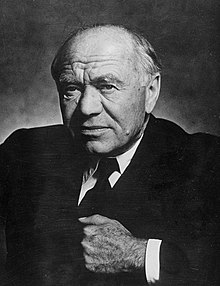 In 1933 Adolph Hitler and the Nazi party took control of Germany. They soon embarked on an aggressive re-armament program to rebuild its shattered armed forces. Special emphasis was placed on the Luftwaffe led by World War fighter pilot Hermann Göering. Several outstanding bombers were developed, however the pride of the service was the deadly Messerschmitt Bf-109, a single-wing, single-engine all metal fighter. The 109 was battle tested in the recent Spanish Civil War. Now, the Spitfire would soon face its first major test against a more than worthy foe. Hostilities officially began September 1939. For the next eight months both sides jockeyed for position to gain an advantage. Hitler and his command calculated that May 1940 would be the time to attack to prevent the Allies from drawing on their colonial possessions. Germany invaded France by first rolling through Belgium. Air Chief Marshall Dowding said It only took a month of fierce fighting before France fell.

Things for the Allies began to quickly deteriorate, the Luftwaffe achieved air dominance above the battlefield. RAF and French pilots flew valiantly but were over matched. The Allies attempted to re-consolidate and evacuate forces by way of remaining seaports still under their control. One, Dunkirk (Operation Dynamo) would go down in history for the evacuation of 300,000 British and French ground forces, despite incessant Luftwaffe attack. RAF Air Chief Marshall Dowding and the British Cabinet concluded that the Battle of France was now lost. During the nine days of intensive operations, the RAF flew 171 reconnaissance, 651 bombing and 2,739 fighter sorties, losing 177 aircraft, including 106 fighters in the process. The losses over Dunkirk reduced the first-line strength of Fighter Command to a mere 331 Hurricanes and Spitfires. With the rapid loss of Allied airbases in France, RAF was now fly missions out of Southern England. 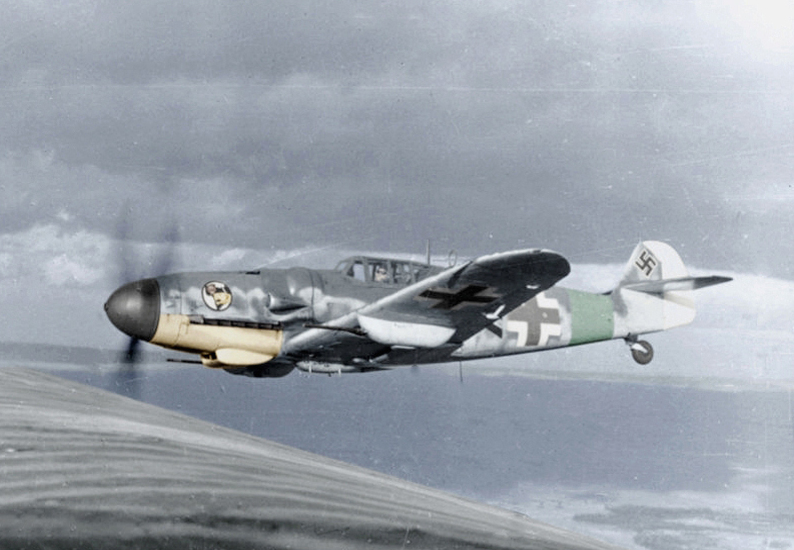 The Battle of Britain began in earnest in July 1940, with scattered and limited day and night attacks and mine-laying sorties, The Luftwaffe attacks were directed mainly against ports and shipping and towns with aircraft factories. This strategy was followed by daylight attacks against shipping in the English Channel, ports along the South and East coasts and some coastal airfields. The German plan called for a six-week campaign to neutralize RAF fighters. Once this phase was competed Operation Sea Lion, the land invasion would begin. Faced with two to one odds against his forces, Air Chief Hugh Dowding needed a game changer, and fortunately he had just the weapon. Radar, a system of detecting aircraft from a distance (Chain Home System) based on radio-waves. A string of Radar stations were placed along the coast, along with human coast watchers, allowed the RAF to determine the speed, height, and direction of incoming Luftwaffe bombers and fighters. 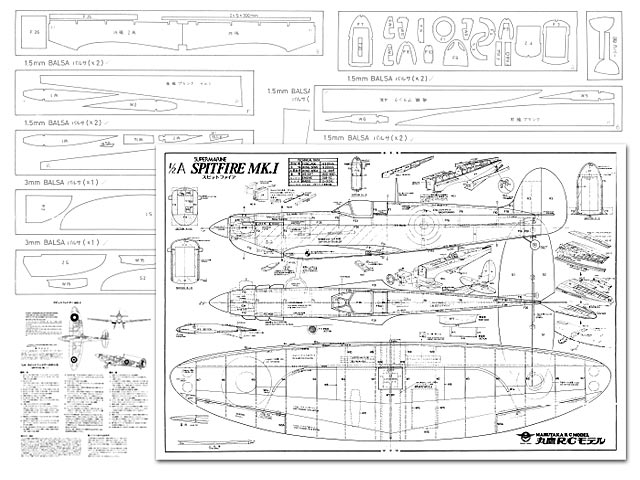 Prior to Germany’s attack, the Luftwaffe had at its disposal 1,300 bombers and dive-bombers along with 1,200 single and twin-engine fighters. The RAF countered by dividing Fighter Command into four groups - the most hard-pressed during the Battle of Britain were Number 11 Group, stationed at southeastern England and London and headquartered at Uxbridge, Middlesex; and Number 12 Group, defending the Midlands and Wales and headquartered at Watnall, Nottinghamshire. The other two groups were Number 10, defending southwestern England, and Number 13, defending northern England and all of Scotland.

Determined to ground down RAF Fighter Command, the Germans launched ‘Adler Tag’ (Eagle Day) in mid-August. In spite of severe damage to its bases in the South, Fighter Command resisted and fought a series of legendary air battles. These inflicted serious and unexpected losses on the Luftwaffe who had hoped the RAF strength had been exhausted. The main fear on both sides was how long this effort could be sustained, however, an incident occurred in early September that changed the focus of operations and shifted to attacking London. In the air battles between 26th August and 6th September, RAF losses totaled 248, the Luftwaffe’s 322. Both sides were becoming exhausted by the fighting.

Initially, the Luftwaffe concentrated on channel shipping, airfields, and other strategic locations. In a raid in September, the Germans dropped some bombs, apparently by accident, on civilian areas in London, and the British retaliated by unexpectedly launching a bombing raid on Berlin. The British response so infuriated Hitler that he ordered the Luftwaffe to shift its attacks from Fighter Command installations to London and other cities. This brief respite gave Fighter Command the time it needed to replenish its losses in pilots and fighters. 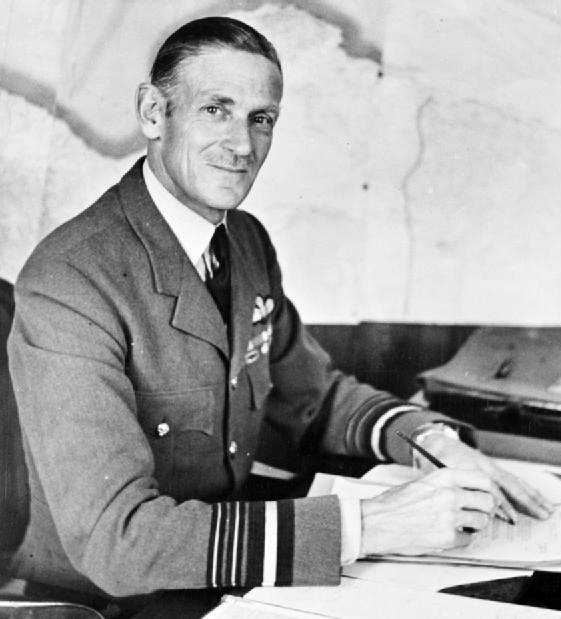 By mid-September, it was evident to Luftwaffe Command that they could not gain air ascendancy over Britain. British WW2 fighters were destroying German bombers and fighters faster than German industry could produce them. To avoid the deadly RAF fighters, the Luftwaffe shifted almost entirely to night raids on Britain’s industrial centers. The “Blitz,” as the night raids came to be called, was to cause many deaths and great hardship for the civilian population, but the Germans failed to achieve the main purpose of the air offensive—to dominate the skies in advance of an invasion of England. After several cancellations in early September, the date of invasion had been deferred to September 21, and then on September 19 Hitler ordered the shipping gathered for Operation Sea Lion to be dispersed. On October 12 he announced that the operation was off for the winter, and long before the arrival of spring he decided to turn eastward against Russia. 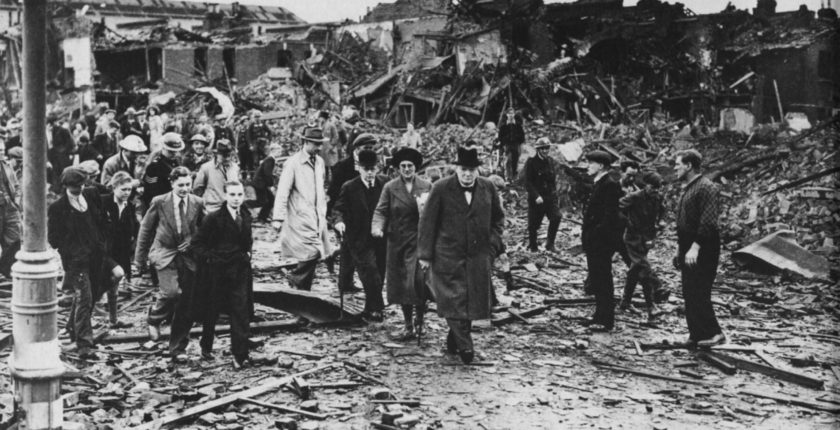 In the clash between the Messerschmitt Bf 109 and the Supermarine Spitfire each fighter had its advantages. The Spitfire was faster and had a tighter turning radius, while the 109 had a faster rate of climb, and could execute a faster dive due in large part to its fuel-injected system. In the case of armament, later Spitfires were armed with four Browning machine guns, and two cannons while the 109 had two machine guns, and two cannons. Thanks to the aircraft production in WW2 these aircraft could survive machine gun fire, a hit from a cannon shell could be deadly. Much of the success of the Spitfire is attributed to the young men who flew this brilliant fighter airplane. Men like pilots JE “Johnnie” Johnson, George Buerling, Douglas Bader, and Bob Doe along with the brave pilots who gave their lives in defense of freedom. Prime Minister Winston Churchill would say for the ages, “Never in the field of human conflict was so much owed by so many to so few.”

Throughout its years of service the Spitfire will be remembered as the right airplane at the right time for a nation at war. The Spitfire served admirably in every theater, under every conceivable condition. The “Spit” was one of a few fighters to have a land and carrier version. To the British people, the Spitfire was far more than just a plane – it was an immense sense of pride that will live on forever.